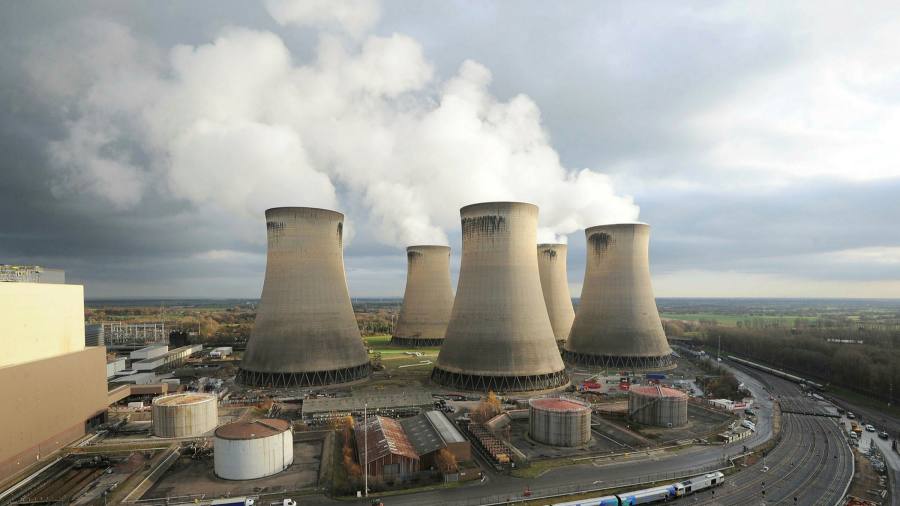 The price of EU carbon credits soared to its highest level in 14 years on Monday, gaining as much as 5 per cent as traders bet that politicians’ promises of a “green recovery” would increase demand for the instruments.

The credits — regulatory allowances for carbon emissions that can be bought and sold by companies — surged above €30 a tonne for the first time since 2006. In afternoon trading, they came within 20 cents of the all-time high of €31 set in April of that year, according to Eikon figures.

The performance caps a sustained recovery over several months during which the credits have outperformed most other commodity markets since the Covid-19 crisis took hold. Carbon credits were caught up in the March sell-off, as lockdowns around the world reduced energy demand, but they have more than doubled in price since then.

“It’s remarkable how strong the price has been,” said Mark Lewis, global head of sustainability research at BNP Paribas Asset Management. Some carbon-intensive companies had begun buying up credits during the initial price fall caused by the pandemic, Mr Lewis said, and then as prices began to climb, momentum investors had piled in.

Traders have also been encouraged by signals from EU policymakers that they are prioritising a “green” recovery from the economic effects of the pandemic. Carbon prices enjoyed a long rally between 2017 and 2019 after the EU redesigned the system to limit supplies.

Last week, European Central Bank president Christine Lagarde told the Financial Times that the bank was committed to examining “greener” changes to all of its operations, including asset purchases.

Some analysts have raised concerns that the rise in prices is not supported by market fundamentals, since industrial production and economic activity have not yet returned to pre-pandemic levels, and global carbon emissions are expected to be lower this year.

“Theories about what is causing the rally continue to swirl around the market,” consultancy Energy Aspects said in a note on Monday, citing reports “blaming hedge funds and algorithm-based trading for the surge in prices”.

Morgan Stanley analysts warned in May that an oversupply of allowances could depress prices, given that global carbon emissions were expected to be lower this year. The bank said it expected “current economic circumstances to work against near-term policy initiatives to deliver a higher carbon price”.

Higher prices are designed to hit high-emission sectors such as steel production. But some critics have cautioned that they could prompt companies to move production to less well-regulated regions, weighing on the EU’s economic growth.

Mr Lewis said prices would be expected to fall if big industry players, such as utility companies, began selling their credits — as happened in the global financial crisis — or if lockdowns were reimposed.

But companies that needed carbon credits “can afford to play the long game,” he said, adding: “For them, this is not a money-making trade but about having allowances for the future.”