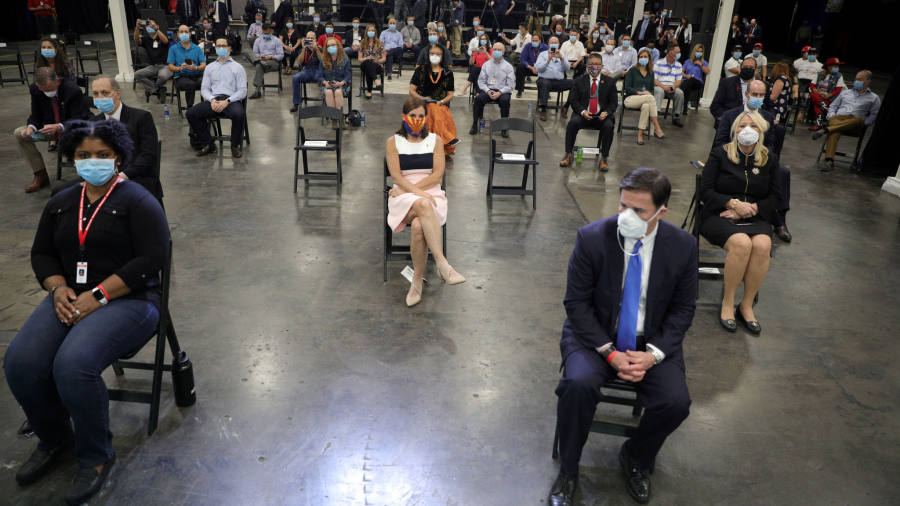 One apparent silver lining to coronavirus is that it is a “great equaliser”, as New York’s governor, Andrew Cuomo, put it.

Covid-19 can strike Wall Street executives and janitors alike. But try telling that to Amazon’s workforce. Several of its employees have been fired for voicing fears about exposure to the virus. Amazon’s workers are being treated like “fungible units of pick-and-pack potential,” said Tim Bray, a senior Amazon engineer who this week resigned in protest. Meanwhile, Jeff Bezos, the company’s chief executive, earned an estimated $149,353 a minute before the pandemic struck, three times the annual US median income. Amazon’s revenues have soared since then.

We heard a lot about how jet-setters were as exposed to infection as the rest in Covid-19’s early weeks. Whether it was Hollywood star Tom Hanks or Britain’s Prince Charles, the initial impression was of the pathogen’s blind egalitarianism. The lockdown changed all that.

Social distancing favours the better off. They tend to live in less densely populated areas, with fewer people per household. They are also much likelier to be able to continue to work remotely. Both their earnings and wellbeing are far better shielded from the microbe.

In a breakdown of the disease’s effects on New York, a study by the Centre for Economic Policy Research shows that the poorer your zipcode, the likelier you are to have died. The same applies to jobs. Those working in transport, healthcare, delivery, grocery stores or construction are likelier to have died than people working from home.

The same is true anywhere. Infection rates in Singapore and Dubai are resurging as the microbe hits migrant workers housed in dormitories in semi-segregated parts of town. New York’s boroughs divide people along similar lines.

New Yorkers lift everyone’s spirits by banging pots and pans each night in appreciation of essential workers. Public solidarity is a valuable thing. But it does not deliver protective gear to those who are daily exposed to the virus. Many tip the people who deliver Amazon’s products and other packages to their doors. Again, the sentiment is laudable. But it only makes up for a little of the hazard pay such workers are not receiving. For many years, particularly since 9/11, Americans have been thanking armed forces personnel for their service. While benefits have improved, such displays have had little impact on their pay rates.

Coronavirus hit a US economy with pre-existing conditions. More than 33m Americans, almost a quarter of the civilian workforce, lack paid sick leave. Over half of those employed in hospitality, leisure and travel have no health insurance. In late March, the US Congress passed a $2tn rescue bill that covered most Americans affected by the lockdown (in theory; some have still not received their cheques). It was a good package under the circumstances, and compared well to the modest fiscal efforts of many European democracies. But that bill is likely to have marked Washington’s peak. As the US reopens, Americans who cannot work from home face an unenviable dilemma.

A majority of states are now easing their lockdowns. This poses two dangers. The first is that most states have rising or flat rates of Covid-19 infection. They are ignoring the White House’s already diluted guidelines for reopening. One of these is that a state should see 14 consecutive days of falling infections before easing. Returning to work in these conditions is personally risky. It is also collectively dangerous. A leaked draft of a government report forecasts the daily US death rate rising from around 2,000 now to 3,000 by June.

The second is that workers who don’t not show up for work risk losing their current income, whether that was stay-at-home wages or unemployment benefits. Yet at the same time, Mitch McConnell, the Senate majority leader, insists the next relief bill must give employers liability protection against employees or customers who catch the disease. Most states do not legally mandate that businesses give protective gear to staff. Such dilemmas confront only those who have to leave home to keep on earning — often by crowded transport.

America’s premature reopening makes a travesty of the idea that the pathogen is a great leveller. US consumers are lucky to have providers as inventive as Amazon and meat processors as productive as Tyson. Such service comes at a far steeper price than the bills they see. “Thank-you for your service,” is a thin mask for the underlying reality. The US entered the pandemic in a rousing spirit of equality. It is gradually exiting the lockdown more unequal than it began.