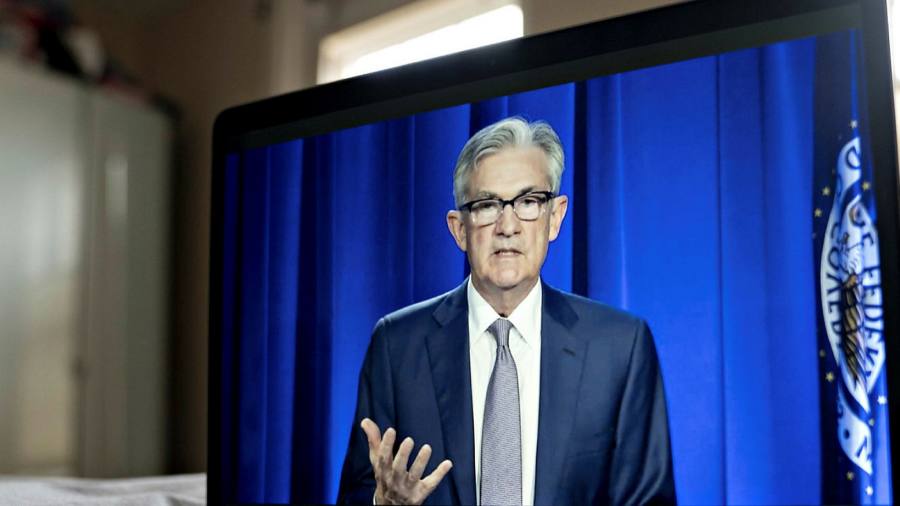 Jay Powell, the Federal Reserve chair, has warned Congress of “significant uncertainty” surrounding the “timing and strength” of the US economic recovery, after some encouraging data stoked hopes of a swift exit from the recession triggered by the pandemic.

In prepared remarks to the Senate banking committee, Mr Powell struck a cautious tone about America’s economic prospects, in line with most Fed officials’ expectations that they will have to keep interest rates close to zero until at least the end of 2022.

The Fed chair’s wariness came despite figures last week showing a surprise bounce back in job creation in May after a flood of lay-offs a month earlier. Data released on Tuesday also revealed a larger-than-expected rebound in retail sales last month.

“Recently, some indicators have pointed to a stabilisation, and in some areas a modest rebound in economic activity,” Mr Powell said. “That said, the levels of output and employment remain far below their pre-pandemic levels, and significant uncertainty remains about the timing and strength of the recovery.”

Until the public is confident that the disease is contained, a full recovery is unlikely

With the US still facing the threat of new infection spikes in several states, Mr Powell added that the biggest factor weighing on the outlook was “uncertainty about the path of the disease and the effects of measures to contain it”.

“Until the public is confident that the disease is contained, a full recovery is unlikely,” he added.

Speaking to lawmakers, Mr Powell detailed all the measures taken by the US central bank since March to cushion the pandemic’s blow to markets and the economy, including slashing the Fed’s main interest rate to zero, launching wide-ranging asset purchases and setting up a series of emergency facilities to help troubled borrowers access financing.

Mr Powell reiterated that the Fed was “committed to using our full range of tools to support the economy in this challenging time”, but offered no additional signal about the form or timing of any further monetary policy action.

Mr Powell has repeatedly made clear to Congress that they should consider additional fiscal stimulus on top of the $3tn already approved since the pandemic began. He stuck to that message on Tuesday, as lawmakers haggle over the size and details of further measures.

“The Cares Act [approved in March] and other legislation provide direct help to people, businesses and communities,” Mr Powell said. “This direct support can make a critical difference not just in helping families and businesses in a time of need, but also in limiting long-lasting damage to our economy.”

With the US in the grips of a wide-ranging debate over racial and economic inequality, Mr Powell stressed that the burden of the Covid-19 downturn had “not fallen equally on all Americans” and had a disproportionate impact on low-income households.

“If not contained and reversed, the downturn could further widen gaps in economic wellbeing that the long expansion had made some progress in closing,” he said.

The Fed chair also made a commitment to transparency in its own emergency lending programmes, amid pressure on both the Fed and Treasury from Democrats to be as clear as possible about which companies are benefiting from taxpayer support during the crisis. The Fed has said it would disclose names and terms of participants in its loan programmes on a monthly basis.

“We embrace our responsibility to the American people to be as transparent as possible, and we appreciate that the need for transparency is heightened when we are called upon to use our emergency powers,” Mr Powell said.