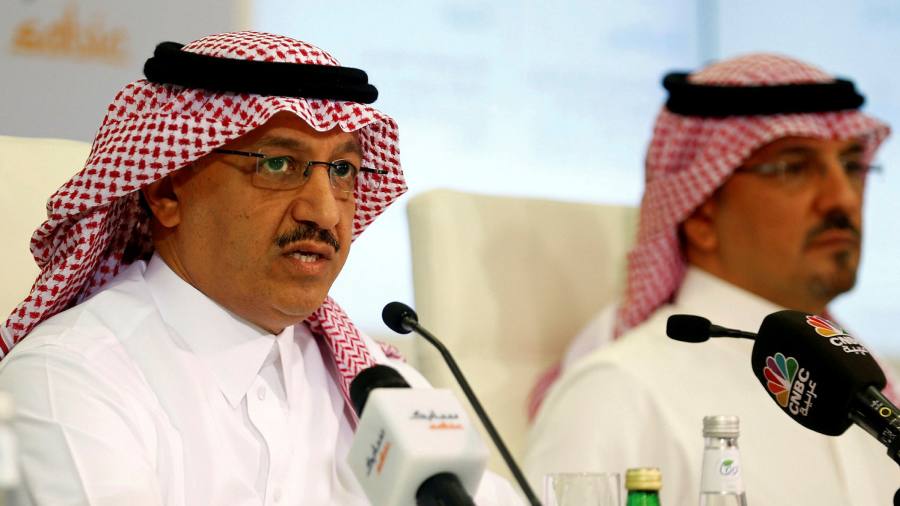 The chief executive of Saudi Arabian petrochemicals company Sabic said the Covid-19 pandemic had strengthened the case for single-use plastics because of the material’s importance in masks and other protective equipment.

Yousef Al-Benyan said measures taken by governments and businesses to stop the spread of coronavirus would “change harsher views” among members of the public opposed to the use of polymer-based disposable items, such as coffee cups and cutlery.

“Plastics are really an integral part of our life,” said Mr Al-Benyan in an interview. “Single-use plastics were under so much pressure and now it is viewed as a lifesaver.”

Growing public awareness of marine pollution from discarded plastic rubbish has sparked a consumer backlash over the past few years, piling pressure on retailers and politicians to eliminate throwaway plastic products and excess packaging.

But the fight against coronavirus has resulted in heightened demand for personal protective equipment such as gloves and gowns for healthcare professionals, often based on synthetic substances derived from fossil fuels.

While overall plastic consumption is expected to drop this year because of falling sales of cars, domestic appliances and weaker construction activity, grades destined for single-use items and medical applications have offered a rare bright spot for chemicals suppliers.

Data provider ICIS said the pandemic had “significantly increased the use of packaging”, with some of the big consumer brands reporting year over year increases of 5-8 per cent in the first half of 2020.

“When you go to a food store today, people are very concerned about hygiene and not getting any contamination of their food. A lot of stuff is packaged, even stuff that wasn’t before. These kind of things keep up demand,” said Alfred Stern, chief executive of Austria-based chemicals company Borealis.

Egyptian petrochemicals group Carbon Holdings said it had switched production of polypropylene, one of the most common plastics, from a variety used in carpets and home furnishings to a grade that goes into masks, healthcare garments and hospital bedding.

“We’ve seen single-use plastics are making a comeback and the idea that there is a health element involved in using something once and throwing it away,” said chief executive Basil El-Baz.

Ciaran Healy, analyst at ICIS, said: “While it’s pretty clear that some areas [of plastics] will have benefited slightly, these gains are likely to be offset by losses elsewhere when considering the industry as a whole.”

However, environmental campaigners fear a setback in the battle against waste that can take centuries to decompose and argue that reusable containers such as cups, bottles and jars can be safe if they are properly washed.

The UK has delayed a ban on single-use plastic straws, stirrers and cotton buds by six months until October because of disruptions from coronavirus, while some coffee chains are temporarily not accepting reusable cups on hygiene grounds.

Mr Al-Benyan was speaking after the kingdom’s state energy giant Saudi Aramco acquired a 70 per cent stake in Sabic from the country’s Public Investment Fund for $69.1bn on Wednesday.

The company, ranked among the world’s largest petrochemical manufacturers, has like others in the sector taken a hit as the pandemic triggered a global economic slowdown that has reduced demand.

“My view is that we will not see a good recovery until the beginning of 2022,” said Mr Al-Benyan.