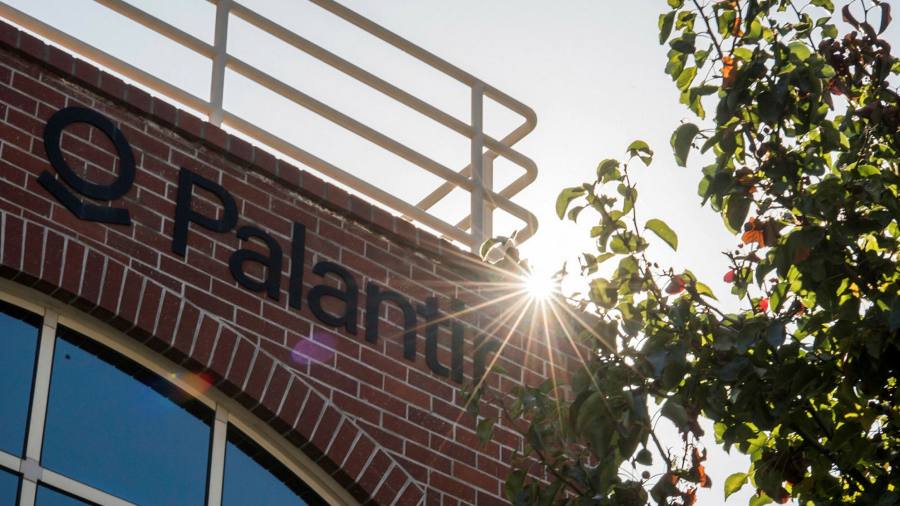 Tiger Global Management has cashed out more than 80 per cent of its stake in Palantir, rather than waiting for the controversial data analytics company to list publicly.

After first purchasing shares in 2009, the New York-based investment group has raised at least $320m by selling down its stake in Palantir, according to a document sent to its investors.

The transactions generated proceeds of more than five times Tiger Global’s initial investment, producing annual returns of 33 per cent for investors through June last year, according to the document. The company declined to comment.

Tiger Global’s share sales show how Palantir, which is on the verge of going public after filing confidential paperwork with the US Securities and Exchange Commission, has tested the patience of investors and employees by remaining private for 16 years.

People briefed on the company’s plans said it is considering a direct listing, in which no new shares are issued and stockholders are immediately able to sell their holdings, avoiding the lock-up agreements that typically come with a traditional IPO.

By delaying a public listing for so long, Palantir’s executives have avoided having to disclose information about the company’s business and customers, which often include national security agencies.

“I think they’re super smart. They waited until there’s some predictability, some profits,” said Josh Berman, co-founder of Quid, which has lent money to Palantir employees for exercising their stock options. “They’re in a great situation.”

But the wait has tested the patience of employees and early backers, giving rise to an active secondary market where investors estimate more than $1bn of the company’s shares have changed hands.

Palantir declined to comment, citing regulations barring communication ahead of a public listing.

Palantir has regularly allowed employees to sell a portion of their shareholdings in official tender offers. But many have waited to fully cash out their stakes, leaving millions of dollars in compensation effectively untouched.

Venture capitalists are typically required to return capital to investors within 10 years, while employee stock options tend to expire after a decade unless they are exercised.

Peter Thiel, the Palantir co-founder and venture capitalist, has over time sold some of his shares in the company, said people with knowledge of the sales, who added that Mr Thiel generally pares his stakes in start-ups as they remain private.

Mr Thiel, who is credited as the first outside investor in Facebook, also sold large chunks of shares ahead of that company’s IPO. He remains bullish on Palantir’s prospects, one of the people said.

Mr Thiel did not respond to a request for comment.

Company insiders — including Palantir’s founders, employees, and other related parties — still own about half of the company, according to a person with direct knowledge of the register.

Meanwhile, some insiders have recently tried to build their stakes. Joe Lonsdale, a Palantir co-founder who leads the venture company 8VC, has raised between $150m and $200m this year for special-purpose vehicles purchasing common stock from the company and its employees, according to regulatory filings and people briefed on his plans.

The SPVs allow Mr Lonsdale to bundle together Palantir shares and sell derivative interests to investors in his company, while providing employees another outlet for selling their shares.

By remaining private, Palantir has bided time to improve its financial standing, introducing a more automated offering aimed at enterprise customers. The company has told investors it began turning positive cash flows in the first half of the year following repeated promises to become profitable.

Palantir expects to have more than $1bn in cash when it lists later this year, according to people briefed on the company’s finances, potentially relieving it of the need to raise additional capital through an IPO.

If Palantir pursues a direct listing, it may well set its opening price in reference to valuations on the secondary market, adding greater scrutiny to trades that investors and executives have long complained undervalue the company.

In 2015, investors said Palantir was worth $20bn, making it one of the most highly valued private tech companies. Palantir sold preferred shares for $11.38 apiece during that deal, according to the company’s incorporation documents.

Since then, Palantir common stock has traded at about $4 per share in private transactions, though buyers have recently been willing to pay upwards of $6, according to secondary market participants.

Palantir had sought to raise money valuing the company at $26bn last year, but the deal never materialised.

Meanwhile, mutual funds have written down their investments in the company. Bailie Gifford, the Scottish fund manager, disclosed that its stake in Palantir had made annual returns of -3.5 per cent from 2014 through March this year, according to an investor report.