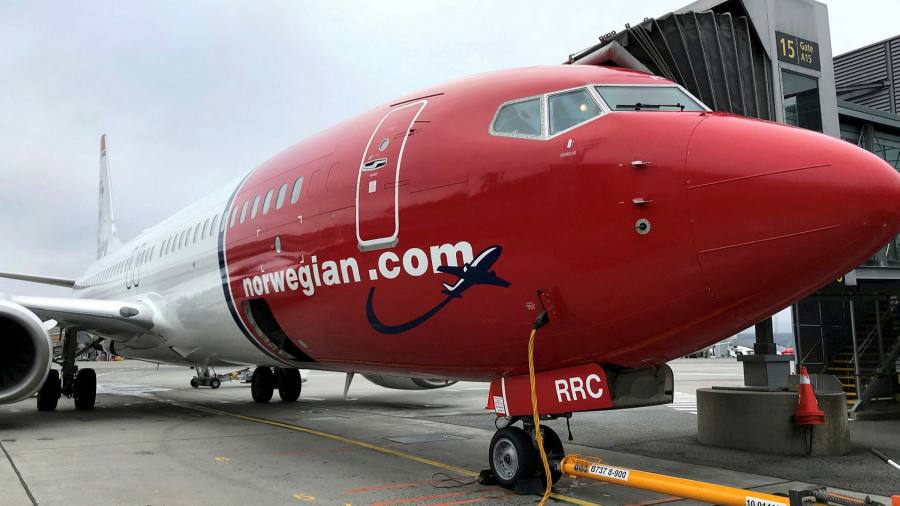 Norwegian Air Shuttle announced it was close to its goal of pushing through a large debt-for-equity swap that would help the embattled low-cost airline unlock a state rescue after a dramatic weekend of negotiations.

Minutes before an extraordinary shareholders meeting on Monday, Norwegian announced that it had reached an agreement with enough aircraft leasing companies that it should be able to convert more than NKr10bn ($960m) in debt into equity, pushing its equity ratio significantly above the 8 per cent threshold imposed by Norway’s government for NKr3bn in loan guarantees.

Norwegian said on Monday morning it had received “strong support” from leasing companies to convert $730m into equity, up from $550m on Friday evening, and that it was continuing discussions with other lessors.

Monday’s meeting will ask existing shareholders to allow themselves to be all but wiped out by the debt-to-equity swap, before asking new shareholders to back a NKr400m rights issue, the fourth from Norwegian in two years. Norwegian said on Monday that it had received commitments from bondholders — who are set to become large shareholders under the plan — for a “meaningful amount”, leading it to declare that it expects investors to approve the rights issue.

Norwegian has suffered a precipitous drop in demand from coronavirus, as have all other airlines, but was seen as particularly vulnerable as it entered into the crisis with one of the highest debt loads in the industry.

On Friday night, the low-cost airline said it had reached a pact with only three out of four of its bondholder groups. Only 62 per cent of bondholders in the fourth group backed the debt-for-equity swap when a two-thirds majority was needed.

By Sunday afternoon, Norwegian had sweetened its offer to that group of bondholders and another, and announced they now had enough support from all four groups. But Norwegian has to hold a new bondholders meeting on May 18, meaning it needs to receive consent from investors again. It said on Monday that it had received about 60 per cent support from convertible bondholders to reconfirm their backing of its plan.

Norwegian is paying the price for its rapid expansion, especially into the low-cost long-haul business across the Atlantic and to Asia, in recent years, which led to its debt load spiralling. It entered 2020 after three recent rights issues and a plan to prioritise profitability over growth.

But questions remain over its future. It has signalled that the Norwegian government’s NKr3bn in loan guarantees would only tide it over until the summer and that if the coronavirus crisis continued, it would need more support. Norwegian itself said last week that it expected nearly all its aircraft to be grounded until April 2021 with full operations only returning in 2022.