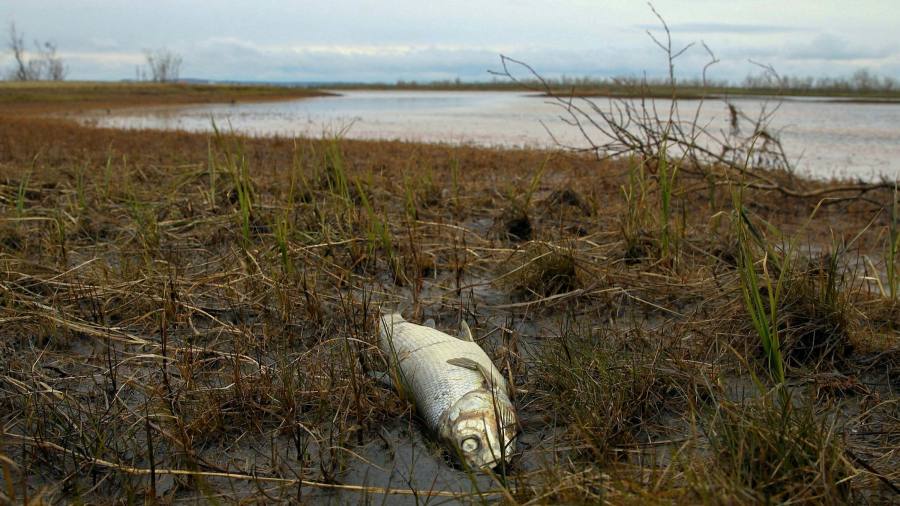 Russia has hit Norilsk Nickel, the world’s biggest producer of palladium and nickel, with a record $2.1bn fine over an enormous fuel spill that turned two rivers in Siberia crimson in late May.

Rosprirodnadzor, Russia’s environmental watchdog, said it expected Norilsk to make a “voluntary” contribution of Rbs147bn to repair damage to Arctic waterways and a further Rbs738m for damage to the nearby soil.

“The scale of the damage to Arctic waterways is unprecedented. The fine is proportional to it,” Dmitry Kobylkin, ecology minister, said. “If you recall the Exxon Valdez disaster off the coast of Alaska, the fine for the damage was more than $5bn.”

More than 21,000 tons of diesel leaked into the Ambarnaya and Dadylkan rivers in May when an ageing fuel tank at a Norilsk subsidiary power plant collapsed near the company’s main operations inside the Arctic Circle.

The fine dwarfs the Rbs10bn cost of the clean-up estimated by Vladimir Potanin, Russia’s richest man, who is Norilsk’s controlling shareholder and chief executive, as well as the Rbs27bn penalty against Russian Railways in 2016 that was the largest levied against a Russian company.

The fine is equivalent to about a third of Norilsk’s net profit for 2019. Analysts said Norilsk can likely absorb the blow with its $5bn of cash on hand and $2bn of undrawn facilities, but will struggle to meet its generous dividend policy.

Russian industrial companies have successfully avoided paying large fines for environmental damage in the past. Russian Railways successfully lowered the 2016 fine to insignificant administrative penalties, while the average fine last year was below Rbs20,000 — only just above the poverty line.

Evgeny Shvarts, a former head of conservation policy at the World Wildlife Fund in Russia who is an independent member of Norilsk’s board, said the company would probably seek to have the fine lowered through the courts.

Norilsk, one of the world’s worst sulphur dioxide emitters, avoided paying any fines for four years in the mid-2000s thanks to a decision by Russia’s supreme court. It has sought to beef up its environmental image in recent years.

But environmentalists say the extent of the damage may be too much for Norilsk to avoid paying a hefty sum after Vladimir Putin, Russia’s president, gave Mr Potanin a public tongue-lashing over the disaster.

“The fine against Norilsk is unique, and not just for Russia,” said Boris Morgunov, dean of the ecology faculty at Moscow’s Higher School of Economics. “Russian companies don’t have environmental risk strategies in place that are the global standard. And most of them don’t have the finances to digest disasters like this.”

Mr Potanin suggested capping Norilsk’s generous dividend policy at $1bn for 2020. Rusal, Norilsk’s second-largest shareholder, said the size of the fine was “unexpected” and called on Mr Potanin to “propose sources to cover the losses” at an extraordinary board meeting.

Shares in Norilsk fell 5 per cent on the news before rallying slightly.