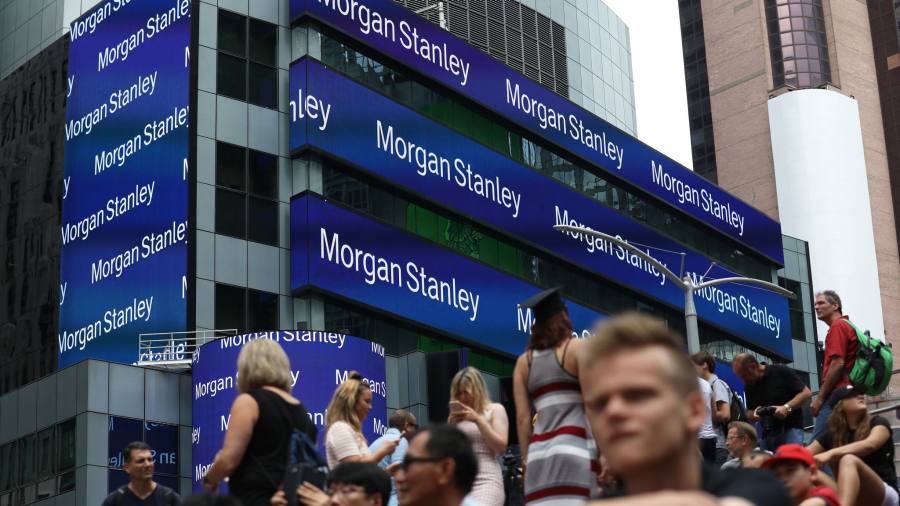 Morgan Stanley’s quarterly profits rose 45 per cent after a surge in trading and investment banking swept the firm to record revenues even as coronavirus pushed the US economy into recession.

The Wall Street bank, which is more heavily weighted towards trading than bigger rivals like JPMorgan Chase and Bank of America, posted net income of $3.2bn for the quarter, versus the $2.2bn the bank earned a year earlier and the $1.8bn expected by analysts in a Bloomberg poll.

Revenues came in at a record $13.4bn, up 31 per cent year-on-year. Trading revenues jumped 68 per cent on “strong client engagement”, continuing a theme seen in results from the other big US banks. Investment banking revenues were up 39 per cent, to $2bn, including a 68 per cent rise in fees for helping customers raise debt.

The wealth management division where Morgan Stanley typically makes around half its money recorded a 6 per cent rise in revenues to $4.7bn “despite a challenging market and rate environment”.

Credit costs, which wiped billions of most big banks’ bottom lines in the second quarter, came in at just $239m, reflecting the smaller size of Morgan Stanley’s loan book.

“Our decade long business transformation was intended to provide stability during times of serious stress,’ said chief executive James Gorman, who in June declared that the “worst” of the pandemic’s economic fallout was “behind us”.

Shares in the bank were little changed in pre-market trading.