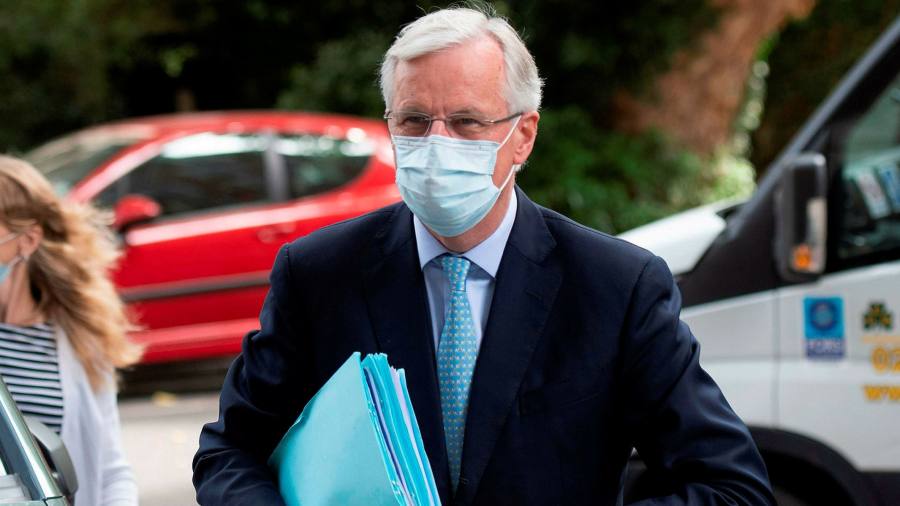 Michel Barnier has warned that there has been “no progress” on two key issues in UK-EU trade talks — state aid and fishing rights — saying they could be heading for failure unless Britain shifted its position.

Speaking at the end of the fifth round of formal talks in London, the EU’s chief negotiator said: “By its current refusal to commit to conditions of open and fair competition and to a balanced agreement on fisheries, the UK makes a trade agreement, at this point, unlikely.”

But Mr Barnier made it clear that talks had not broken down and informal negotiations will resume next week. He praised the “very professional” approach of the UK negotiating team and said the discussions had been “constructive” in some areas.

Meanwhile David Frost, his British counterpart, said that while “considerable gaps” remained between the two sides, he remained confident that a deal could still be reached in September.

Mr Frost admitted that Boris Johnson’s hope of securing a provisional deal by the end of July had been dashed, but indicated that both sides had shown some signs of flexibility during three days of talks.

He said Britain was willing to look at “simpler structures” for overseeing and enforcing any deal, conceding that the EU had concerns about “a complex Switzerland-style set of agreements”.

Mr Frost claimed that the EU had “listened to the UK on some of the issues most important to us, notably on the role of the Court of Justice”.

He added: “Despite all the difficulties, on the basis of the work we have done in July, my assessment can still be reached in September and that we should continue to negotiate with this aim in mind.”