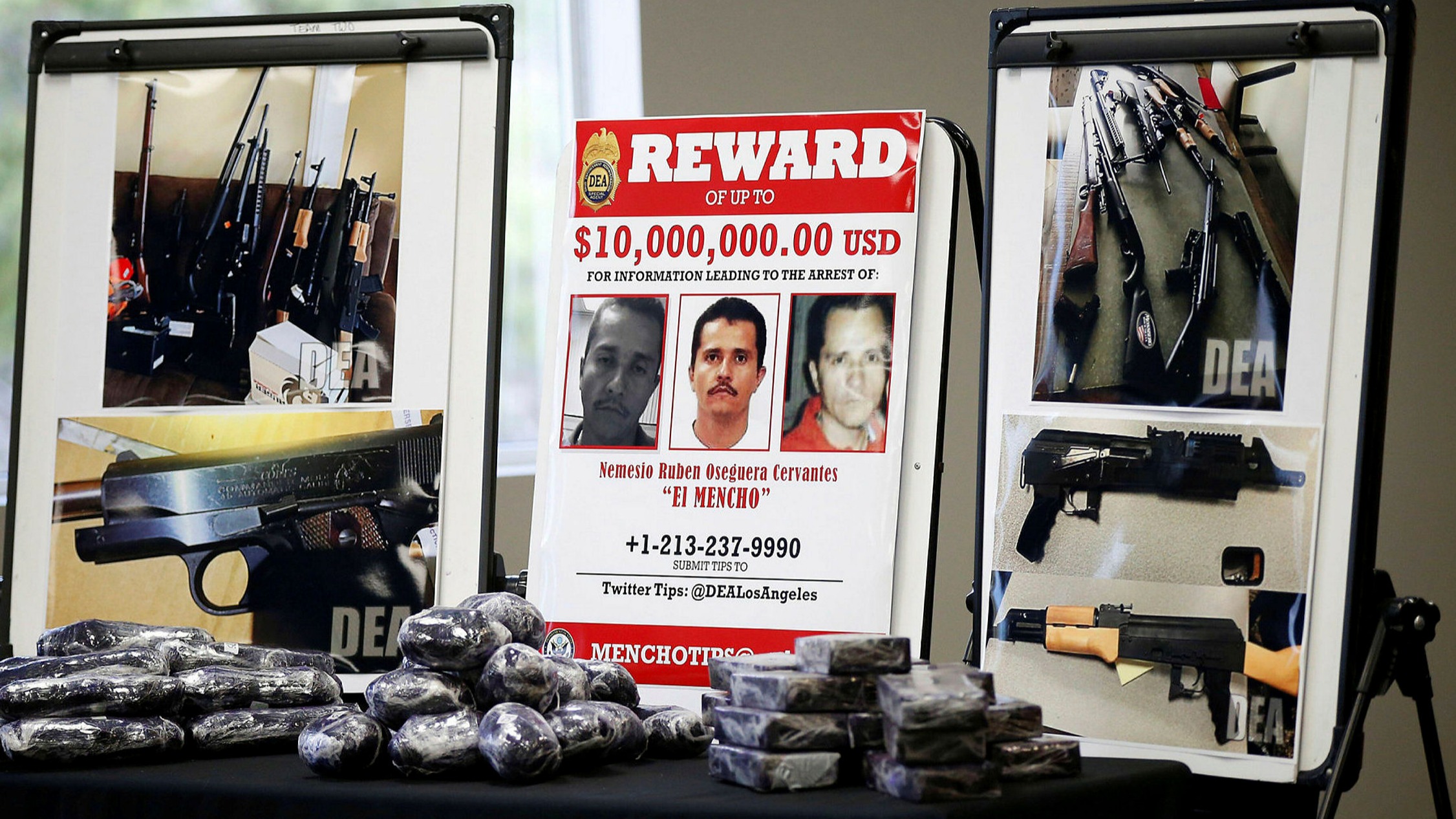 The US is offering a $10m reward for Nemesio ‘El Mencho’ Oseguera, the leader of the Jalisco New Generation Cartel (CJNG) © K.C. Alfred/San Diego Union-Tribune/Alamy

If there were any lingering doubts about the military might of the Jalisco New Generation Cartel after its brazen attack on Mexico City’s police chief and assassination of a judge, videos widely shared on social media this month have buried them.