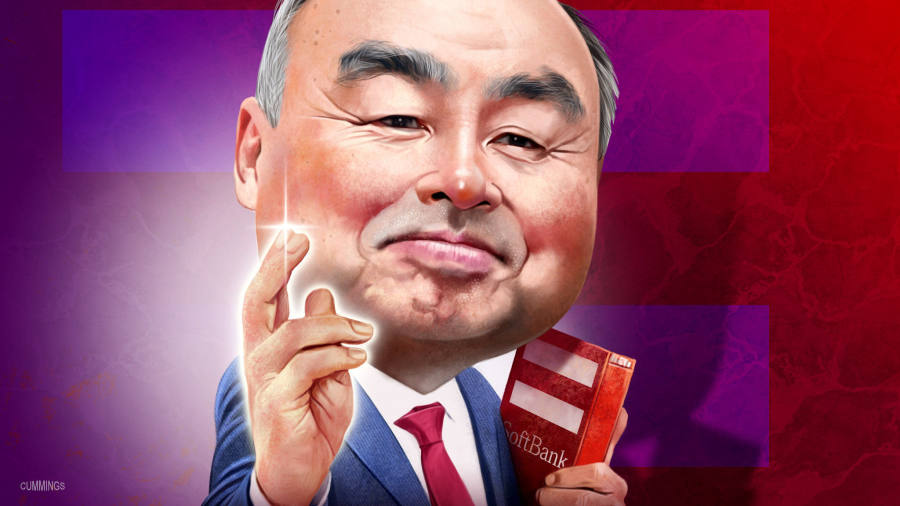 In certain Japanese companies, the muttering ranks refer to the founder-president behind his back as kamisama: “god”. As the deity ages, according to that tradition, his divine status and infallibility rise. Even when he starts to make mistakes.

Not all founders deserve the title. But Masayoshi Son, the irrepressible founder of SoftBank and its totem through cycles of heart-stopping risk and fabulous reward, has been Japan’s archetypal kamisama for decades. He has led, inspired and been worshipped. Staff follow his pronouncements in atomic detail and execute them with bottomless zeal. And, to support his adherents’ faith, he has performed miracles: his $20m investment in Alibaba, now worth about $140bn, is among the greatest in tech history.

All this may help explain why Mr Son, as he admitted this week to the worst loss in SoftBank’s history and the collapse of some of his most cherished visions, compared himself to Jesus Christ. Like the son of God, he told astonished investors on a call, he was misunderstood. But time, he said, would show the real value of his investments.

Under the best of circumstances, say Mr Son’s staff, preparations for quarterly earnings presentations bring out the most aggressive version of Japan’s second-richest billionaire. The events are minutely orchestrated: he has a pixel-perfect image in his head of what must appear on screen and demands tense rehearsals that can run an entire day. The word “no”, on these occasions, is not part of his staff’s vocabulary.

These are not the best of circumstances. Covid-19 has destroyed lives, companies and entire business models. In the case of Mr Son and SoftBank, the pandemic has knocked away the struts of enthusiasm, optimism and charisma on which every great visionary stands. He has managed, with unprecedented share buybacks and a promised $41bn sale of assets, to boost SoftBank’s share price to rally 71 per cent from the March low — far outperforming the benchmark Topix index. But the magic, say some investors, is missing. SoftBank’s ambitious $100bn Vision Fund has suffered $18bn in unrealised losses, led by heavy blows to flagship investments in WeWork and Uber.

During a presentation separate from the call, Mr Son showed slides of SoftBank’s various tech unicorns ascending a mountain. In the next slide, several of them had fallen, broken-legged, to the bottom of the “valley of coronavirus”. Some, pledged Mr Son, would grow wings and make it over the chasm. But he also predicted that 15 of the 88 Vision Fund start-ups will go bust and refused to rule out more losses in a second wave of infections. “Going forward, nobody knows what will happen,” he said.

Investors thought he looked like he was floundering. Some asked whether he still deserves the faith that many have placed in him.

The son of second-generation Korean immigrants to Japan, Mr Son has defied doubters before. He met his wife while studying at the University of California, Berkeley and used money from selling a patent for an electronic translator to Sharp to create a Japanese internet company. In the ensuing decades he embarked on a dizzying array of deals, including his 1999 Alibaba stake and the $31bn acquisition of chipmaker Arm Holdings in 2016.

Now the 62-year-old is under pressure, from activist investor Elliott Management and others, to produce another miracle. An inveterate traveller who used to split his time between Tokyo, Dubai, Silicon Valley and points in between, Mr Son promised investors this week that he would be more “cautious”. That word alone — seldom associated with Mr Son — shows how hard the pandemic has hit.

The strain is showing in many places. After considering taking SoftBank private in March, Mr Son was persuaded by his executives to look at selling off assets including stakes in T-Mobile US, Alibaba and SoftBank’s domestic telecoms business. The Alibaba founder Jack Ma, a close ally, resigned from SoftBank’s board, the third loss of a high-profile director in recent months. There have also been signs of instability in the Vision Fund, led by former Deutsche Bank trader Rajeev Misra. That business was “set up with internal confrontation in its DNA. That may have worked before, but it is turning out to be less well suited to these strange times. We know that there are a number of people in there who want to get out,” says one outside adviser to SoftBank.

People close to Mr Son say the pandemic has left an even deeper personal mark. The father of two daughters, he turned into an anti-nuclear activist following the Fukushima Daiichi disaster in 2011. Now he has returned to Twitter after a three-year silence, devoting much of his personal time in finding masks and gowns for frontline doctors when he is not on video conferencing calls with his lieutenants.

To some investors, the Jesus remark was clumsy, but it also gives a glimpse into the pysche of a man whose success has always depended on consumers and investors sharing his expansive vision. The success of his next act may depend more on his powers of leadership than on his skills as a dealmaker. And that may force him to take back full control of the Vision Fund. “One could argue that Mr Son has stepped away too much,” says Richard Kaye, a portfolio manager at Comgest, a SoftBank shareholder since 2013. “It would be positive if Mr Son intervenes more.”

A day after unveiling the historic $13bn loss, the humbled kamisama tweeted: “The cause of failure falls entirely with me, not the outside. There is no way forward until I admit that.”