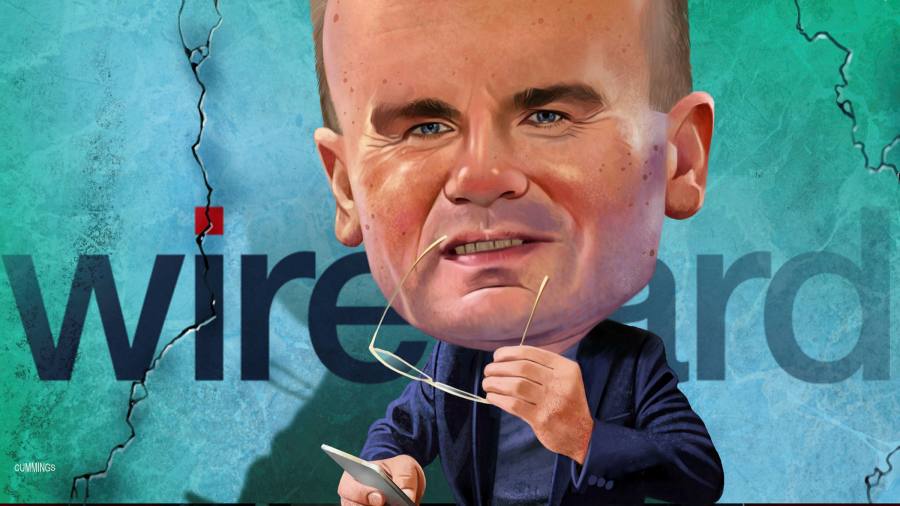 For 200 Wirecard staff, their 2009 Christmas party at a Munich penthouse brought a surprise: their aloof and mysterious boss, Markus Braun, actually spoke to them.

In a brief speech, Mr Braun, who usually avoided large gatherings and public addresses, said in English that this would now be the company’s main language, reflecting its global ambitions. “It was kind of awkward, because half the staff in those days did not speak it,” a former employee remembers.

The chief executive also announced that his young protégé, fellow Austrian Jan Marsalek, would become chief operating officer and help plot an international expansion to transform the prospects of the group.

For a decade that plan worked better than anyone at the party could have hoped, as Mr Braun’s public persona morphed into that of the visionary tech billionaire, complete with black turtlenecks like those favoured by Apple’s Steve Jobs. At its peak in 2018, the company, a specialist in electronic payments, replaced staid Commerzbank in the Dax 30 index of Germany’s largest public enterprises.

This week it all came crashing down. On Monday, Mr Braun was arrested on suspicion of accounting fraud and market manipulation after Wirecard admitted that €1.9bn of its cash had probably never existed. He has always denied wrongdoing and was released on bail. Mr Marsalek is missing, possibly in the Philippines, the place where Wirecard’s billions were supposed to be.

On Thursday, the group filed for insolvency, the first Dax-listed company ever to do so. In what EY, the group’s longstanding auditor, described as an “elaborate and sophisticated fraud”, it appears that as much as half of the payments Wirecard claimed to have processed never took place.

The speed of the collapse and Wirecard’s debts, at least €3.4bn, have focused attention on a man who for a long time was barely visible inside his own company. “You would only know he was in the office because Jan Marsalek would be in a suit and tie,” the former employee says.

Mr Braun, a former management consultant, cloaked himself in a formality that stood out in the casual atmosphere of a technology company. He secluded himself on a floor where key card access was only available to senior management, their assistants, and the team which dealt with high-risk payments processing for online gambling and pornography. “What really struck me about the leadership of Wirecard as a technology company, was that they didn’t really seem to be very interested in it,” says one former executive.

At Wirecard’s current headquarters, a lift took Mr Braun directly to his black Maybach. A chauffeur whisked him to and from the building where he kept two apartments and had irked neighbours by declaring he planned to buy the rest, a resident says. He spent weekends in Vienna where his wife Sylvia, a former employee, and their daughter lived. There, he contributed more than €100,000 to the newly founded liberal party Neos and €70,000 in 2017 to the campaign of Chancellor Sebastian Kurz, whose “Think Austria” think-tank he also advised.

Even as Wirecard snapped up global businesses, Mr Braun rarely travelled to see them: he didn’t like to fly and some staff thought he actively feared it. To the outside world he displayed a charisma that charmed analysts into believing he could predict the size of Wirecard’s business years into the future.

Toby Clothier of Mirabaud Securities was a rare sceptic. “The thing that we found odd was his obsession with certain words,” the analyst says. “His all-time favourite word was ‘strong’ . . . We know because we counted.” Other favourites were “machine learning” and “ecosystem”. “If you were very gullible then you might say that he’s a tech visionary, but if you look closely it was gobbledegook,” Mr Clothier says.

Even as Mr Braun boasted of the company’s unmatched growth and profitability, he made sure listeners understood his dominant role. While he was visiting one of the company’s biggest shareholders in Frankfurt last summer, the investor mentioned his institution held some 2.4m of the company’s shares. Mr Braun is said to have replied, tersely: “Well, I personally own 8.6m.”

He constantly checked Wirecard’s share price on his mobile phone while sipping peppermint tea. “Everyone internally was totally stressed out by this,” says a person who worked closely with him. When the price fell, senior managers received angry calls instructing them to “do something about this”.

After KPMG delivered a highly critical report on Wirecard’s accounting in April, Mr Braun visibly glowered with barely contained rage at a town-hall meeting that was recorded. It was a rare show of emotion at work for a man who told a German journalist that he loves the opera and sheds tears when he is overwhelmed by a performance.

Hendrik Leber, of asset manager Acatis, found Mr Braun less than convincing. Initially excited by Wirecard’s rapid growth, Mr Leber felt queasy after meeting Mr Braun at a 2018 fireside chat organised by Goldman Sachs. While most founders obsess over every detail of their companies, Mr Braun gave answers to questions on strategic matters, technology and legal obstacles that Mr Leber found evasive and abstract. He seemed to be a “man without qualities” who was mechanically reading out his notes, Mr Leber says. Acatis sold its Wirecard shares weeks later.