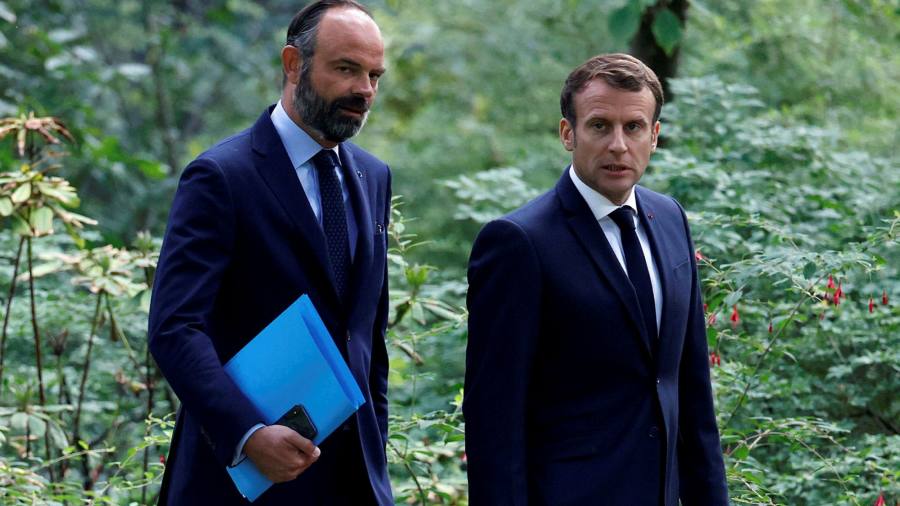 In early June, Emmanuel Macron announced that the enormity of the coronavirus crisis was a chance to reinvent himself. On Friday the French president set about the task — by reinventing his prime minister.

After three years leading the government, Edouard Philippe will return to the port city of Le Havre, where he was recently re-elected as mayor in a landslide. Modesty and competence had turned Mr Philippe into a more popular figure than the president, who seems unable to correct the impression he is arrogant and out of touch.

Mr Philippe, a moderate conservative who is not a member of the president’s La République en Marche party, helped cement support for Mr Macron on the centre-right, which is now the bedrock of his electorate. But the outgoing prime minister is also a potential rival should support for Mr Macron erode even further or if a compelling green candidate emerges on the left. Mr Philippe may have promised fealty to his president. But Mr Macron had done the same as economy minister before betraying François Hollande.

The new prime minister, Jean Castex, a former senior civil servant who is also centre-right mayor of a small town in south-west France, suggests Mr Macron wants continuity, with a lower-profile premier who takes away none of the attention and is not seen by anyone else as a check on his authority.

Changing prime ministers is supposed to give French presidencies new impetus and sometimes new direction. The Hôtel de Matignon, the prime ministerial office that is fittingly on the other side of the river Seine from the Elysée Palace, is known as the most precarious tenancy in the republic.

The French constitution creates almost unmanageable tensions between the two top executive posts. These were obvious in the periods of cohabitation between left and right in the mid-1980s and 1990s. But, as presidents have exerted more and more control over the running of the executive, they have become equally acute when one party is in charge.

However, ditching the premier has seldom worked as a route to political revival. Mr Hollande burnt through three in five years and his tenure is regarded as one of weakest in modern times. Nicolas Sarkozy is said to have regretted never changing his premier François Fillon, whom he regarded as a brake on his ambitions. Mr Sarkozy is now a confidant of Mr Macron.

Changing a prime minister does nothing to change the personality of the president. Nobody expects Mr Macron to give up on his command-and- control style, even if he embraces the idea of further devolution of power to local communities. Nor will the shuffle necessarily mean an important change in policy direction, even if the coronavirus crisis has derailed Mr Macron’s drive to wean the French people off the protective state.

The run-up to the 2022 presidential election will be dominated by a struggle to revive the economy and tackle unemployment, which will require big government spending. But in an interview with the regional press that appeared on Friday morning, Mr Macron seemed otherwise to stick to his familiar lines: the 35-hour week is probably unsustainable; nuclear power is indispensable; the pension system has to be reformed.