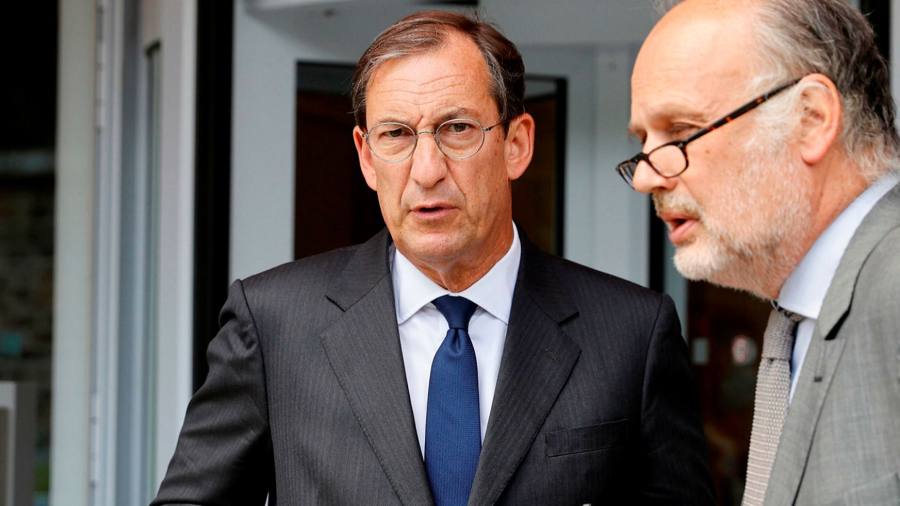 A French court on Monday handed down prison sentences to six men linked to ex-prime minister Édouard Balladur after convicting them of funnelling cash from commissions on arms sales to Pakistan and Saudi Arabia to Mr Balladur’s failed 1995 presidential campaign.

Among those found guilty and sentenced to up to five years in prison in the 26-year-old “Karachi affair” was Nicolas Bazire, then Mr Balladur’s campaign manager and now a high-level executive at luxury giant LVMH and close associate of billionaire Bernard Arnault.

The others were the Franco-Lebanese businessman Ziad Takieddine and his former associate Abdul-Rahman Al Assir, for whom arrest warrants have been issued; Renaud Donnedieu de Vabres, who worked with then defence minister François Léotard; Thierry Gaubert, budget minister at the time; and Dominique Castellan, then boss of defence group DCN-I.

Lawyers for all six said they would appeal.

Bazire, who runs business development and acquisitions for LVMH, was sentenced to five years in jail — two of them suspended — and also fined €300,000, according to court documents. The court said he “knew perfectly well about the suspicious origins” of the deposit of 10.25m French francs (about €1.5m) from the scheme into the campaign’s bank account.

Hervé Temime, Bazire’s lawyer, said his client has already appealed against what he called a “totally unfounded” decision. “As a result, Bazire remains presumed innocent and I have great hopes that the appeals court will invalidate the decision,” said the lawyer.

LVMH did not immediately respond when asked whether Bazire would remain in his post at the company after the verdict. He also sits on the boards of several big French companies including food retailer Carrefour, waste company Suez, and technology services firm Atos.

Speaking of the behaviour of the former government officials, the judges wrote that their actions were a “grave attack not only on the economic public interest but also on trust in the proper functioning of public life”.

The judgment bodes ill for Mr Balladur and Léotard, who are due to face trial in a special court — the Cour de Justice de la République — because they held ministerial posts at the time of the alleged crimes.

Mr Balladur is only the latest in a long list of French postwar politicians to be accused of corruption or embroiled in financial scandals. Former president Nicolas Sarkozy is facing trial in a separate campaign finance case for allegedly overspending by more than €20m in his 2012 run for the presidency.

The Pakistani affair came to light after a bombing in the port of Karachi in 2002 killed 11 French naval engineers working on a submarine project.

At first the attack was blamed on al-Qaeda, but investigating judges suspected the Pakistani security forces had taken revenge for the termination of secret commissions on the sale of three submarines. Jacques Chirac, who died last year, cancelled the payments when he beat Mr Balladur to the presidency.

The commissions were paid by state-owned French shipbuilder DCN-I — now Naval Group — to intermediaries in 1994.

Olivier Morice, a lawyer who represents the families of the engineers who died in the 2002 bombing, welcomed the verdict: “This is a historic decision in a scandal at the highest levels of the state. Without the original complaint that we filed, there would have been no case.”