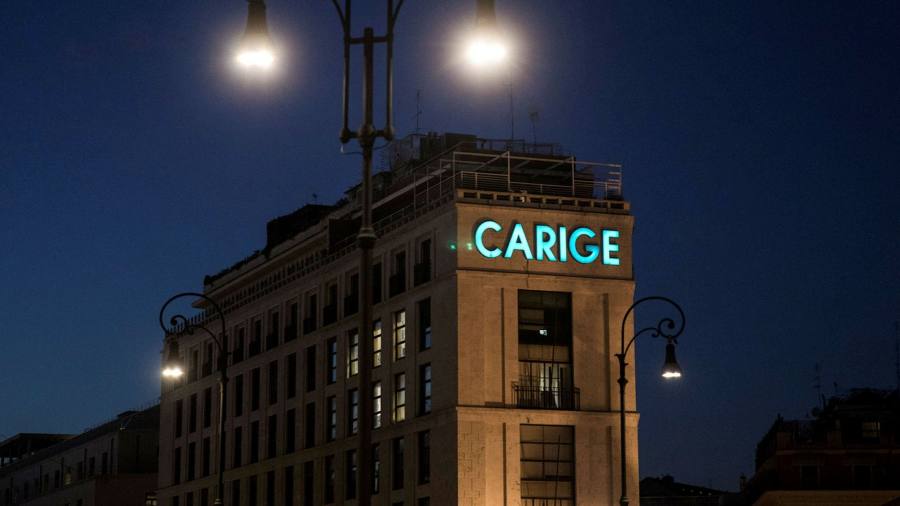 A UK-based businessman charged with fraud for his role brokering the Vatican’s purchase of a luxury London building provided a loan to the seller of the property months before the real estate deal took place.

The previously unreported loan is one example of the relationship between two of the main protagonists in the deal that is at the centre of a high-profile Vatican financial probe.

Earlier this year the Vatican charged Gianluigi Torzi, a London-based Italian broker, with “extortion, embezzlement, aggravated fraud and self laundering” over his role as a middleman in the 2018 acquisition of 60 Sloane Avenue in London, on behalf of an arm of the Vatican, from Raffaele Mincione.

Vatican prosecutors suspect that the price paid for the London property to Mr Mincione — partly funded through Catholic charitable donations and negotiated by Mr Torzi — was higher than the building’s worth, according to the Holy See’s state news service. The transaction, in which the Holy See took over a costly £125m mortgage, proved lucrative for both men.

Mr Mincione’s company paid over €1m in consulting fees and interest to Mr Torzi’s company for providing the loan, according to the filings.

Mr Mincione eventually failed to win control of Carige’s board. The Carige shares, which were used as collateral for the loan, collapsed in value. This prompted Pop 12 Sarl to book a provisional loss on the borrowing. In 2019, Carige was bailed out by Italy’s deposit guarantee fund causing huge losses for its shareholders.

In November 2018, officials at the Vatican’s Secretariat of State, the Holy See’s central administration office responsible for managing donations to the Catholic Church, asked Mr Torzi to negotiate the acquisition of the London building from Mr Mincione. Both men have said the appointment was unconnected to the prior loan.

In September 2019, Vatican police raided the offices of the Secretariat of State to seize documents linked to the London property transaction. Several Secretariat officials involved in the deal were also suspended. Pope Francis called the events leading to police raids “a scandal”.

The Vatican’s state news outlet stated on June 6 that Holy See prosecutors believed there was an “enormous disparity between the value of the property (moreover burdened by an onerous loan of 125 million pounds) and the price paid [by the Vatican]”.

It said prosecutors believed the Vatican paid a total of £350m for the building — including debt — or more than double the amount a company controlled by Mr Mincione acquired it for in 2012.

Mr Mincione and Mr Torzi dispute that the Vatican paid too much for 60 Sloane Avenue, saying the price was a function of the broader London property market and the potential of the building, which in 2016 was given permission to be converted from office use into 49 luxury apartments.

Mr Torzi is accused by the Vatican of extorting €15m in payments from the Holy See after the purchase of the London property was completed. He denies the charges. His lawyers have said they are based on “a misunderstanding” and added that Mr Torzi was co-operating fully with the investigators.

Mr Mincione, who has not been charged with any offence by the Vatican, denies any wrongdoing. He has initiated legal proceedings in London against the Vatican Secretariat of State, seeking a ruling from the High Court.

Mr Mincione has said he had no involvement in the Vatican’s decision to pick Mr Torzi to acquire the building from his companies.

A spokesman for Mr Mincione’s company, WRM, said it would be “ridiculous to suggest that a typical limited recourse loan between two companies could possibly have had any influence on the Vatican’s own decision to come to us and ask to acquire 60 Sloane Avenue”.

Mr Torzi told the FT the credit line granted to Mr Mincione’s company had no effect on his role as intermediary in the London property deal.

Mr Torzi said that he believes officials at the Vatican Secretariat of State chose him because he was the right man to handle talks as he already knew Mr Mincione. “I’ve never denied I had business relationships with Mr Mincione,” he said.