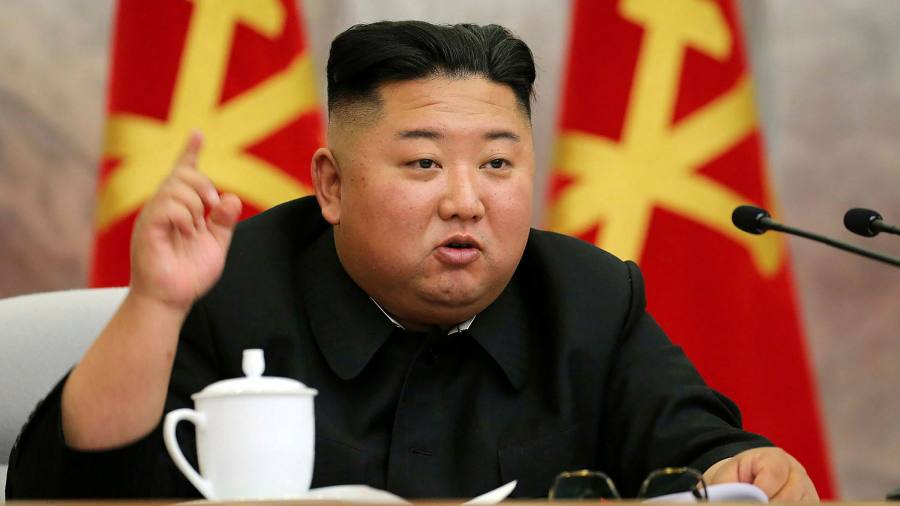 North Korea says Kim Jong Un has suspended plans for military action against South Korea, marking a sudden departure from a series of threats and provocations targeted at Seoul in recent weeks.

The North Korean dictator made the decision at a meeting of the country’s Central Military Commission held via videoconference on Tuesday, according to North Korean state media.

“At the preliminary meeting, the [commission] took stock of the prevailing situation and suspended the military action plans against the South,” the Korean Central News Agency reported. No further explanation was given.

The policy U-turn came after Pyongyang this month severed all communications with Seoul via diplomatic and military channels as well as a hotline with the South Korean presidential office.

Last week it blew up the inter-Korean liaison office located near the demilitarised zone dividing the peninsula, destroying the fledgling diplomatic outpost that had been set up as part of a rapprochement between Mr Kim and Moon Jae-in, the South Korean president.

The Kim regime had also issued warnings that its military planned to re-enter border areas that had been disarmed since an agreement signed between the two leaders in 2018.

Many North Korean watchers had expected the recent cycle of provocations to escalate in a bid to pressure US President Donald Trump to make concessions on economic sanctions and restart stalled nuclear talks.

Leif-Eric Easley, a North Korea expert at Ewha Womans University in Seoul, warned that while there might be a “brief pause” in provocations, Pyongyang would soon resume military action linked to deterring foreign attacks.

“Rather than take action at the DMZ when everyone’s looking, the Kim regime tends to make asymmetric moves leveraging an element of surprise,” he said.

Soo Kim, a former CIA analyst now with the Rand Corporation, said Mr Kim’s announcement did not mean that North Korea was softening its stance.

“It’s more effective for North Korea to provoke then de-escalate and give their opponents some ‘breathing space’ . . . this should certainly not be a time to relax,” she said.

Separately, new satellite imagery published on Wednesday suggests that trade flows between China and North Korea are slowly picking up five months after the border was shut. Pyongyang’s decision to close its borders because of coronavirus fears dealt a hammer blow to its economy.

Images from June 15 show 16 trucks waiting to pass through the Chinese border at Dandong and on to the bridge connecting the city with Sinuiju in North Korea, according to analysis published by 38 North, a Washington think-tank programme.

“Because each image represents only a single moment in time, it’s impossible to tell if the border has been busier in recent weeks or if the activity captured is typical of the current situation, but it is more trucks than have been observed in recent images,” said Martyn Williams, an analyst with 38 North.