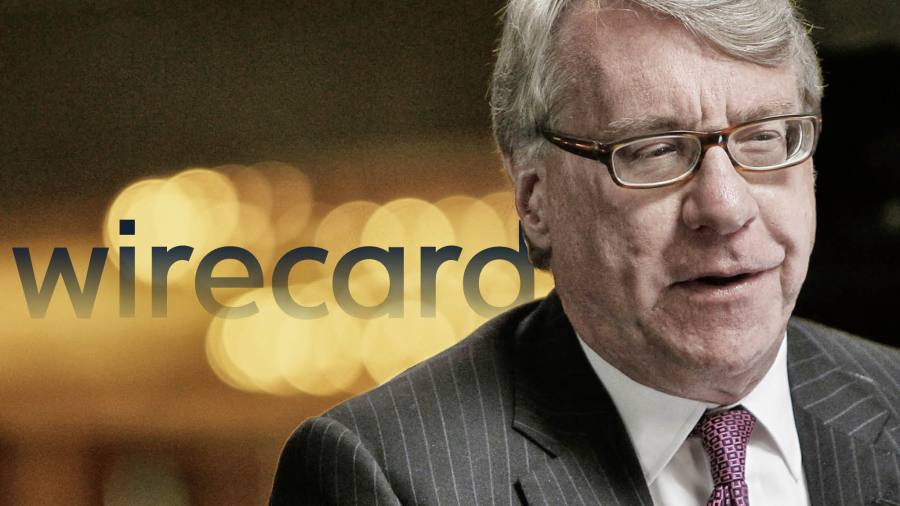 Kynikos Associates, the New York-based firm that Mr Chanos has run for more than three decades, executed the trade across several of its funds, according to people familiar with the matter.

“If you’re a fundamental short seller, the Wirecard story was a classic,” Mr Chanos said in a Lunch with the FT interview. “The buzzwords, the numbers that didn’t make sense, the business model that seemingly didn’t make sense.”

A self-professed “forensic financial statement junkie”, Mr Chanos initiated a small short position in Wirecard last year. He increased the wager after the Financial Times published documents in October that appeared to show profits at Wirecard’s key subsidiaries were fraudulently inflated and that customer names provided to its auditor EY did not exist.

Mr Chanos, still best known for predicting the collapse of US energy giant Enron almost two decades ago, said a further sign that “something was very wrong” at Wirecard came in late April when the payments group failed a forensic audit it had commissioned from KPMG.

Last month Wirecard filed for insolvency after admitting that €1.9bn of its cash probably did “not exist”. Markus Braun, the group’s former chief executive, was this week accused by Munich prosecutors of committing a multiyear fraud. He has denied any wrongdoing.

EY is also under intense scrutiny after signing off Wirecard’s accounts for more than a decade.

“When people ask us, who were the auditors, I always say ‘Who cares?’,” said Mr Chanos. “Almost every fraud has been audited by a major accounting firm.”

EY has said third parties had provided the firm with false documentation in connection with Wirecard’s 2019 audit.

After whistleblower allegations of accounting fraud emerged, Wirecard became one of the biggest targets for short sellers in Europe. Hedge funds including Chris Hohn’s TCI Fund Management and Paul Marshall’s Marshall Wace collectively made more than €1bn of profits from their bets, according to Düsseldorf-based data group Breakout Point.

Short sellers borrow shares in a company and then sell them, hoping to buy them back at a lower price and profit from the difference. However, if the share price rises, losses can rapidly accumulate.

Established in 1985, assets at Kynikos have slumped from a peak of around $7bn at the end of 2008 to $1.5bn, underlining the struggle short-sellers have had in the bull market of more than a decade since the financial crisis.

Earlier this year, Mr Chanos sold a minority stake in Kynikos to help with business development, according to people familiar with the matter. The stake was bought by boutique investment firm Conlon & Co, run by real estate financier Sean Conlon, and the family office of Richard M Daley, the former mayor of Chicago, the people said.

While Kynikos emerged a winner from Wirecard’s collapse, the firm is nursing heavy losses from its bet against electric car pioneer Tesla. Since it put on the trade some five years ago, shares in Tesla have surged around sixfold.

“I describe Tesla as a culture of deception,” said Mr Chanos, who has maintained a short bet against the company. He distinguished Tesla from the likes of Wirecard. However, he added: “I do think the company burnishes its results through aggressive accounting and other ways.”

He said that, excluding the gains from zero-emissions tax credits that Tesla sells to rival carmakers, the company has never made a profit. It is also highly-leveraged and faces increased competition. “And then simply it is deceptive to consumers in selling self-driving [which] doesn’t exist,” Mr Chanos added.

Tesla did not respond to a request for comment.

Elon Musk, Tesla’s outspoken founder, has said that “short selling should be illegal” and vowed to “burn” investors betting against the company.