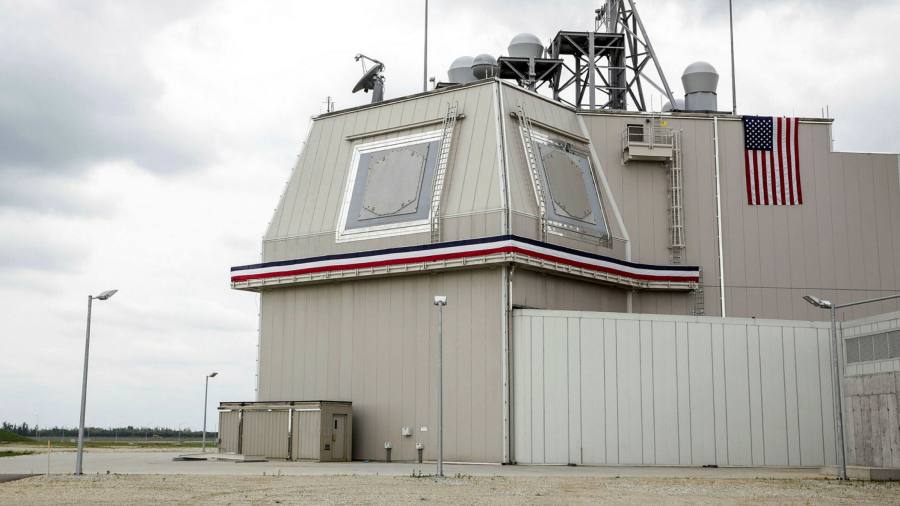 Japan has halted a high-profile upgrade to its defences against a possible missile attack by North Korea after the Aegis Ashore project was hit by rising costs, technical problems and public unease.

The acquisition of the US-built land-based missile defence shield was part of a pledge made by Japan’s prime minister Shinzo Abe to President Donald Trump three years ago as Tokyo sought to upgrade its defence capabilities.

Speaking to reporters on Monday, Japan’s defence minister Taro Kono said he was halting the deployment of Aegis Ashore to Yamaguchi and Akita prefectures “in light of the cost and the timeframe”. He said the system would need expensive hardware modifications to deal with the risk of rocket boosters falling in civilian areas.

If the $3.2bn Aegis Ashore acquisition is scrapped, it will mark a sharp reversal in Tokyo’s stance on ballistic missile defence, after the government previously argued that the system was essential to protect Japan against a growing threat from Pyongyang.

The decision to buy Aegis Ashore followed a spate of North Korean missile tests in 2017, including two launches that flew over Japan’s northern island of Hokkaido, prompting emergency alerts to the public and civil defence drills across the nation.

Aegis Ashore — made by US contractor Lockheed Martin — is designed to intercept ballistic missiles in the middle of their flight. It was meant to supplement Japan’s Patriot PAC-3 batteries, which target a missile as it re-enters the atmosphere, doubling the chance of an interception.

“One of the things, I think, that’s very important is that the prime minister of Japan is going to be purchasing massive amounts of military equipment, as he should,” said Mr Trump on a visit to Tokyo in November 2017. The president said Japan would buy missiles of “many different kinds”.

Mr Abe touted Japan’s defence purchases as part of his answer to the US president’s demands on trade, leaving Tokyo at risk of a backlash if Mr Trump takes offence at his change of heart. Failing to follow through on a high-profile defence project may also reduce Japan’s credibility in the eyes of the US military.

Japan had intended to install the weapons at two locations — one in Akita prefecture to the north of the main island of Honshu, and one in Yamaguchi prefecture to the south — in order to cover the whole of the Japanese mainland.

However, the plans met with bitter objections from local residents near the proposed sites for the batteries, who said that their towns would become targets for North Korean nuclear missiles and they would be in danger when the booster stage of Aegis rockets fell back to the ground.

Instead, Japan will have to rely on naval Aegis systems, requiring its warships to maintain a continuous patrol in the Sea of Japan.