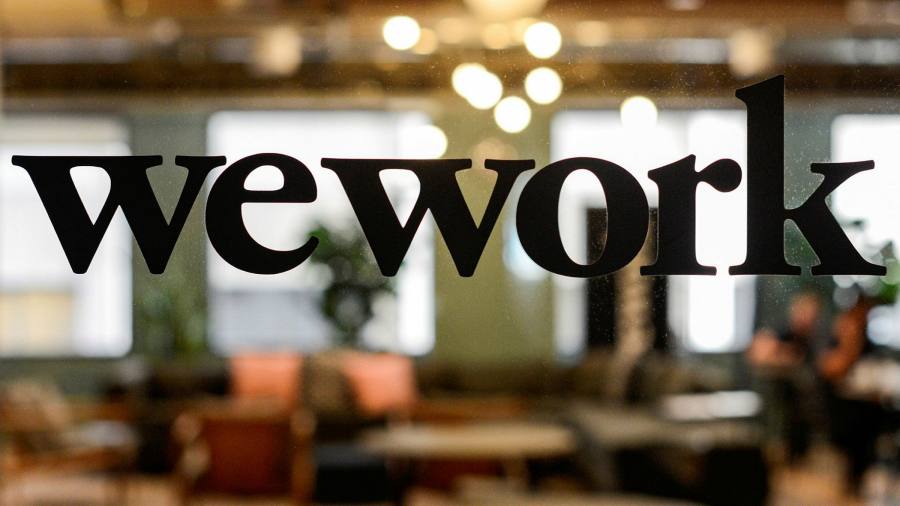 IWG, the world’s largest flexible workspace company, has made its first move to capitalise on the retrenchment of WeWork, taking over a Hong Kong office vacated by its rival.

The UK-listed group deployed some of a recently-raised war chest to secure the lease on 30,000 square feet of office space in the city’s Causeway Bay district, said people briefed on the agreement.

It is the first ex-WeWork premises taken over by IWG, which was founded 30 years before its rival. IWG has long lagged behind the tech company-like $47bn valuation that WeWork commanded at its peak.

The switch in tenants at Hysan Place — confirmed by IWG — underscores the divergence in fortunes between the two companies, which competed for dominance of the co-working sector in its boom years before the Covid-19 pandemic raised questions about the outlook for offices.

WeWork lost co-founder Adam Neumann, who had championed the company’s rapid expansion, and shelved plans for an initial public offering last year as its valuation tumbled and its cash ran down.

The rationale for the recent equity raise is clear — invest in distressed opportunities, whether that’s piecemeal site acquisitions or M&A

SoftBank, which owns a majority stake in WeWork, told investors last month that it had written down its $10.3bn investment to just $2.4bn. IWG’s stock has fallen 30 per cent since the start of the year but its market value remains above £3bn.

WeWork’s new leadership initiated a review of its entire portfolio that led to the company pulling out of the lease in Hysan Place in March, said one person briefed on the matter. The company has reduced its footprint in Hong Kong by about 20 per cent, the person said.

On a call with Citigroup analysts last month, Sandeep Mathrani, WeWork’s chief executive, suggested the group may have to exit or rethink one in five of its leases. “If I look at the portfolio, like anyone’s portfolio, it’s 80:20. Eighty per cent [of WeWork’s leases] are great, 20 per cent need to be restructured,” he said.

The company has brought in property company Knight Frank to advise on the restructuring of its UK leases as part of its global review. WeWork, like others in the shared-office sector, creates special purpose vehicles for each of its leases, meaning landlords cannot challenge the parent company if they do not receive rent.

“The big positive from WeWork in the past decade has been to dramatically raise the level of the game for the sector, and the broad offering is far better for it,” said Hemant Kotak, head of UK research at property firm CBRE. “That said, operating in a hot sector and its dominance resulted in some rebellious and risk-taking behaviour.”

“You don’t undergo the growth spurt we’ve seen in recent years without some growing pains,” he added.

IWG, formerly known as Regus, has raised a £320m war chest via a share placing, which it said last week it intended to use to fund an expansion drive.

The fundraising was a way of “making sure we’ve got enough cash to participate in the opportunity that’s coming,” said Mark Dixon, IWG’s chief executive, at the time. Mr Dixon owns almost 30 per cent of the business and invested £91m of his own money in the raising.

“IWG downplayed the hype [around co-working] and acted more conservatively. The rationale for the recent equity raise is clear — invest in distressed opportunities, whether that’s piecemeal site acquisitions or M&A,” said Mr Kotak.