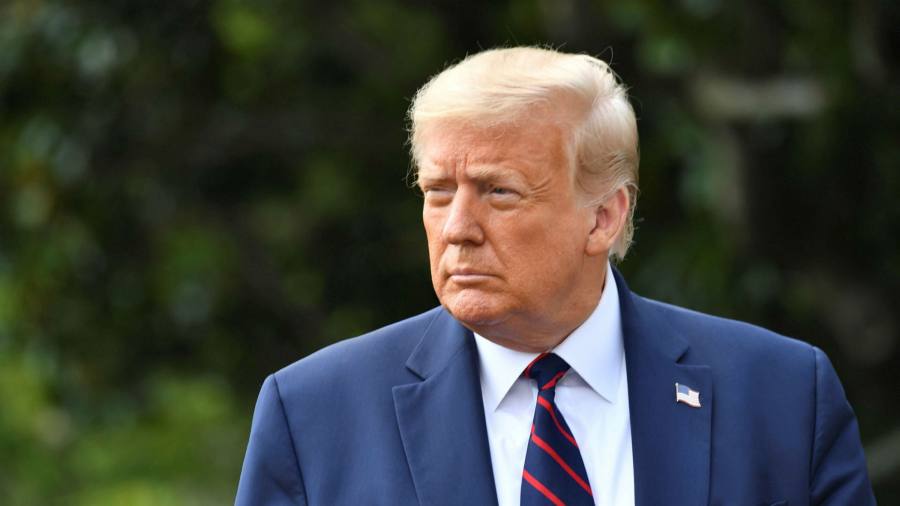 Can Donald Trump pull a rabbit out of the hat and win re-election as US president? Not according to most pundits, reflecting the widespread disapproval of his job performance. But don’t write him off yet.

Amid a pandemic, a recession, and a period of civil unrest, it would be difficult for any incumbent to win re-election — let alone one as polarising as Mr Trump. He trails Democrat Joe Biden by eight points in the average of national polls compiled by the FiveThirtyEight website. State-by-state polls suggest his path to a majority in the electoral college is daunting.

But opinions about Mr Biden, a former vice-president, remain soft. Voters have had little recent exposure to him: until late June, he had not held a press briefing for nearly three months; he still rarely leaves home or posts on social media. (Mr Trump’s campaign posts an average of 14 times daily to 28m Facebook followers)

Political advisers in both campaigns agree that Mr Biden’s relative invisibility creates an opportunity for Mr Trump. The incumbent will seek to influence the way voters define his rival — watch in the coming weeks as Mr Trump tries to use Mr Biden’s choice of a running mate as a wedge.

A vice-presidential pick can reinforce the candidate’s core appeal, as Bill Clinton’s choice of a “New Democrat” clone in Al Gore did. Or the pick can address a gap: Barack Obama and George W Bush each tapped running mates with national security experience. Mr Trump’s own selection of Mike Pence sent a reassuring message to cultural conservatives. If Mr Biden uses his pick to reassure progressive and leftist voters, he is likely to choose a candidate who has taken positions on polarising issues. This will create an opening for Mr Trump. Support for police defunding, tearing down of statues of former presidents and reparations for slavery make many moderate voters uncomfortable.

For Mr Trump to exploit this opportunity, he would need to drop his offensive tributes to symbols and leaders of the Confederacy and instead focus attention on what has been dubbed “cancel culture”. This cause was launched by young progressives who call out or boycott public figures for objectionable behaviour. But many other Americans worry that the movement is getting out of hand. A recent Cato Institute/YouGov poll recently found that 62 per cent of Americans are afraid to say things they believe because others might find them offensive.

If Mr Trump finds ways to amplify allegations that some teachers, journalists, business leaders and students have been fired or ostracised because of their beliefs, or even minor mis-steps, he could shift public opinion his way.

Don’t count Mr Trump out before the three presidential debates. It’s a forum in which he excels, as shown by his performance against other Republicans in 2015-16 and then against his Democratic rival Hillary Clinton. His biggest break would come if Mr Biden reverts to the gaffe-prone style that plagued him for decades. History shows this worked for Jimmy Carter against Gerald Ford in 1976 and for George H W Bush against Michael Dukakis in 1988.

Mr Trump’s chances will also improve if he is seen to be taking the steps needed to get Covid-19 under control while reviving the economy. Both Democrat and Republican officials told me that his three press briefings last week were a positive step. He made it clear that the pandemic “will get worse before it gets better”, cancelled the Republican convention, and announced actions on nursing home tests, coronavirus vaccines and, finally, urged Americans to wear masks. On Monday, he travelled to North Carolina to hold meetings with a company manufacturing components for a vaccine candidate.

Mr Trump could also make gains if there were cautiously optimistic news from leading western vaccine candidates, particularly if he is seen trying to assist and offering regular updates on progress.

This year’s general election campaign will unfold in an environment unlike any other in recent US history. Uncertainty around postal ballots and voter access, as well as Mr Trump’s usual penchant for creating mini-scandals, only add to the unpredictability. Despite Mr Biden’s lead in the polls, it’s clear that there is still time for this to become a real race.