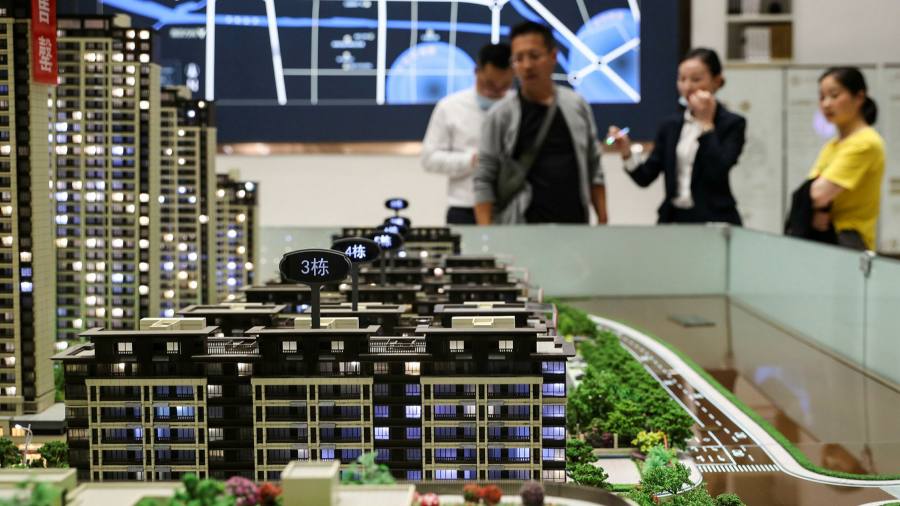 Dave Zhang did not expect to hit the jackpot when he entered a housing lottery to purchase a new two-bedroom flat in the eastern Chinese city of Nanjing.

But he won a draw that attracted 10,000 buyers for 150 units in a city centre development for Rmb31,000 ($4,400) per square metre, about three-quarters of what an existing home in the same neighbourhood costs.

“No one could afford to miss the opportunity when the price difference between new and existing homes is so big,” said Mr Zhang, who already owns three apartments in the city. He borrowed Rmb100,000 from friends and sold his shares at a loss of 12 per cent to make a down payment on the new property due within three days.

Mr Zhang is one of tens of thousands of investors profiting from China’s policy to impose price controls, a measure initiated by Xi Jinping after he became president in 2012, and the use of lotteries to sell new homes. Many are also benefiting from a post-coronavirus credit boom after local banks unleashed a lending spree to boost growth.

But people like Mr Zhang were not the intended target of the policies, which were supposed to help low-income buyers. Instead, they have become victims raising questions about how effective the measures are.

The policy “has failed to benefit the very population it is designed for”, said Zhao Wenzhe, an economist at Credit Suisse.

More than 40 cities have stuck to a ceiling on new housing prices since Mr Xi spoke out against property speculation at the end of 2016, according to public records. While local governments have kept new home prices under control, prices of existing homes have risen 40 per cent.

Official data show almost two-thirds of new homes in Hangzhou, a coastal hub, were sold by lottery in the second quarter of this year, with buyers having a 26 per cent chance of winning. In Nanjing, more than three-quarters of new apartments used a lottery over the same period.

Sales are surging, with new apartments turning into one of the nation’s hottest investments and demand far outpacing supply. Sales jumped 9 per cent in May following a 19 per cent plunge in the first four months of this year, when much of the country was locked down due to coronavirus.

But low-income buyers face a slim chance of winning housing lotteries against wealthy investors who do everything from hiring a team of ticket buyers to paying developers a Rmb200,000 “tea drinking” fee to improve their chances. This has forced many to turn to pricier but more widely available older apartments.

“The Chinese real estate policy has left me with two options: buy an unpopular new home that doesn’t require a lucky draw, or an old apartment for an inflated price,” said Ms Li, who makes Rmb5,000 a month, a low level by local standards.

Brokers in several cities said a growing number of clients were buying homes as an investment rather than a residence.

“There is no difference between winning a Rmb1m lottery ticket and the right to buy a Rmb4m new flat that costs 20 per cent less than market price,” said Wang Yi, owner of a real estate agency in Hangzhou.

Analysts say the policy failure is also rooted in a shortage of land that makes price controls difficult to maintain. Local governments have an incentive to manipulate supply in order to make the largest profits from sales, a major source of fiscal revenue. Annual land sales in 100 major cities, measured by area, dropped almost a quarter over the past decade despite soaring housing transaction.

“There is no way to curb home prices when demand is solid and supply is subdued,” said Mr Zhao. “This violates market principles.”

But back in Nanjing, Mr Zhang is happy with his investment after brokers have already asked if he would like to sell his new home at a 10 per cent mark-up.

“So many people are interested in the apartment, there is no way it will lose value,” he said.