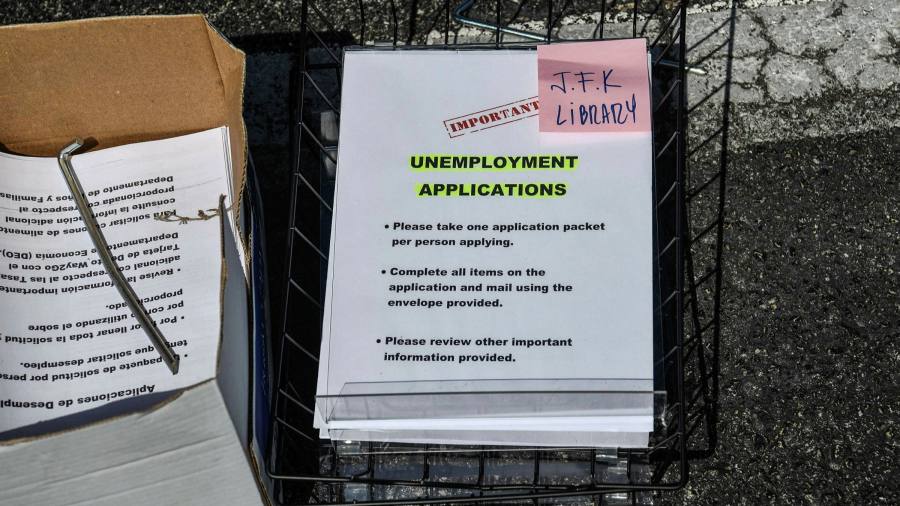 Analysts are warning of a surge in defaults in consumer debt in the US if Congress fails to extend the programme of increased unemployment benefits that was put in place to ease the effects of the coronavirus outbreak.

Lawmakers are locked in negotiations over further stimulus to replace the pandemic unemployment assistance payments, worth $600 per week for each claimant, which are due to expire on July 25. Proposals are also being discussed to repeat the tax rebates that sent up to $1,200 directly to people earning up to $99,000.

While the deadlock endures, analysts are growing nervous that a big rise in consumer defaults could be just around the corner. Household debt in the US, excluding mortgages, stood at a record $4.2tn at the end of March, according to the New York Federal Reserve — more than 50 per cent higher than the previous peak in late 2008.

“I think we are at a critical juncture when it comes to the state of the consumer,” said Gregory Daco, chief US economist at Oxford Economics, who noted a “deterioration” in Covid-19 infections that could prolong lockdowns. “I think the government needs to understand the urgency of providing further fiscal aid at this juncture.”

Despite a record number of people seeking unemployment benefits in the immediate aftermath of the virus outbreak, delinquencies on car loans, credit cards and student loans have remained low so far.

That is partly because — alongside the federal relief programmes — many borrowers have been given more time by their lenders to make payments.

These so-called loan modification rates rose dramatically in April and have begun to plateau, according to data on bonds backed by bundles of consumer loans, tracked by JPMorgan.

In that context, the prospect of government aid rolling off is “disconcerting” for investors who buy these so-called asset-backed securities, said Jason Merrill, a portfolio manager at Penn Mutual Asset Management.

Passage of the new stimulus package has been delayed by disarray within the Republican party, as conservative senators balked at a plan being cobbled together by the White House and the party’s leadership in the Senate. The plan was intended as an opening bid ahead of talks with Democrats, who want a much larger stimulus.

Mitch McConnell, the Senate majority leader, had been planning to release the Republican proposal this week, but was forced to shift it until early next week. Kevin McCarthy, the top Republican in the House, warned that any final agreement may not happen until August.

Oxford Economics estimates that the expiry of the federal programmes without replacement would lead to unemployed individuals losing about two-thirds of their income next month.

The consumer debt market has proved resilient to risks induced by the coronavirus emergency but the end of government aid could present a turning point, said Theresa O’Neill, head of consumer ABS research at Bank of America.

“The stimulus package has helped keep delinquencies down,” she added. “As that . . . fades we would expect higher delinquencies and defaults.”