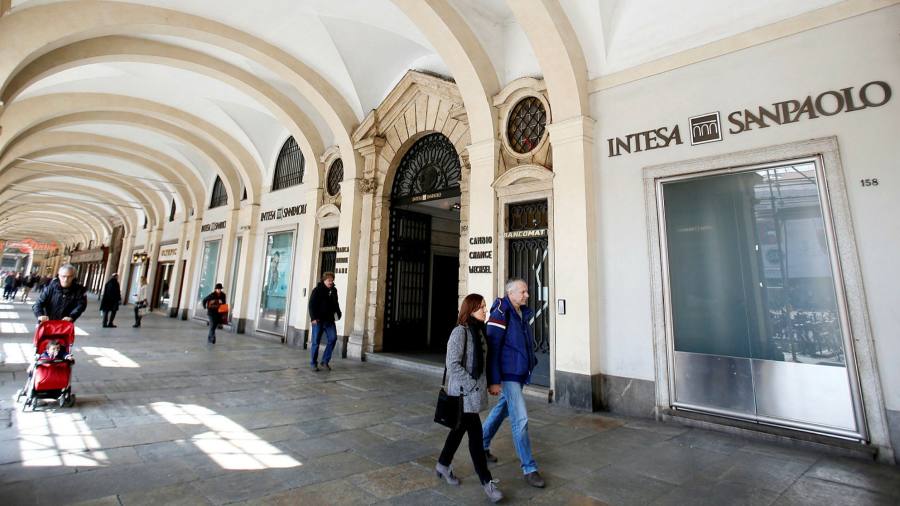 Intesa Sanpaolo, Italy’s largest retail lender, has achieved majority support for its hostile takeover bid for smaller rival UBI Banca after a crucial shareholder group owning an 18 per cent stake confirmed it would tender its shares.

Intesa and Bergamo-based UBI have been at loggerheads over the terms of the deal since February. Earlier this month, Intesa added a cash sweetener to its offer in an effort to persuade shareholders to tender their shares. After the cash consideration, Intesa values UBI at €4.2bn, lower than the €4.9bn valuation before the coronavirus pandemic.

By the end of last week take up was still far from the minimum 50 per cent plus one share threshold needed to achieve approval.

Tuesday’s last minute acceptance by the remaining half of the CAR pact brings overall shareholder acceptance to about 52 per cent. It comes after Consob, Italy’s market regulator, on Monday extended the offer period by two days to give UBI’s retail investors sufficient information to decide.

London-based Silchester International Investors and Parvus Asset Management, UBI’s largest single investors, which collectively own about 17 per cent, have not disclosed their decision. Silchester declined to comment. Parvus did not respond to a request for comment.

Before the regulator extended the offer period, it was scheduled to end on Tuesday and acceptance stood at 43.5 per cent on Monday. The new deadline is July 30.

According to Consob’s chief Paolo Savona, UBI misrepresented certain aspects of the offer in a chart on its website below a banner that reads “trust cannot be bought”.

Turin-based Intesa is aiming for acceptance of 66.7 per cent or more, which would give it control over the extraordinary shareholder meetings. This is a key element to allow it to replace UBI’s board and to implement the branch sales plan agreed with Italy’s antitrust regulator as a precondition for the deal to receive a green light.

UBI shares were down 7 per cent on Monday. Analysts noted the price had begun to fall on Monday because the stock no longer incorporated Intesa’s offer.

After the extension on Tuesday morning, UBI’s share price was up more than 8 per cent.

One Italian official said the regulator’s move to extend the deadline was unusual, “very last minute” and investors who sold their shares at a lower price on Monday would not be happy.