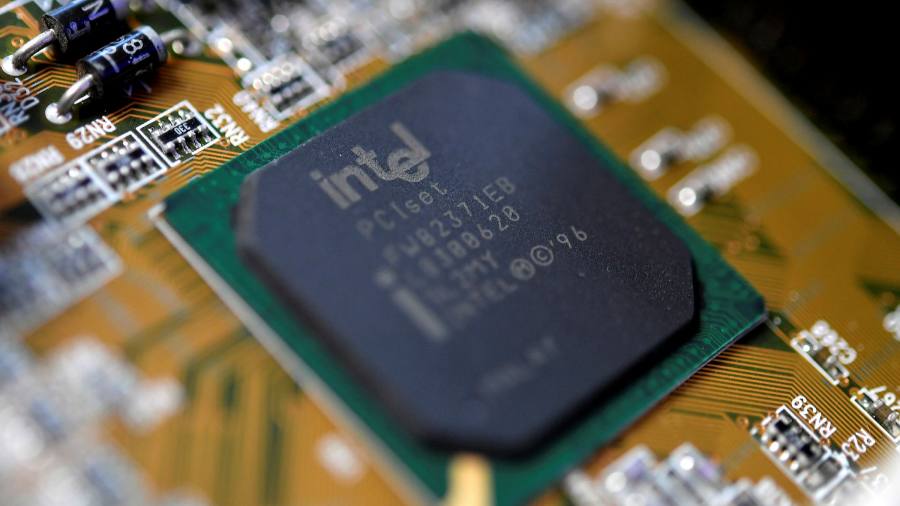 Intel has pushed back the planned launch of its next generation of chips by six months, throwing into question its attempt to regain the manufacturing edge it lost to TSMC and wiping 10 per cent from its market value in after-market trading on Thursday.

The US chipmaker said that the timing for its 7-nanometre chips “was shifting six months relative to our prior expectations”. Intel had originally said it would launch by the end of next year.

The company had long led the rest of the chip industry in moving to each new generation of chips, where features grow progressively smaller and more computing power is squeezed into a tinier space. It lost that lead to the Taiwanese chipmaker with the latest generation, however, as it suffered repeated delays with its 10nm products.

That slip has allowed AMD, a US rival whose chips are manufactured by TSMC, to leap ahead of Intel on some performance measures.

Intel also said on Thursday that it was a full 12 months behind target for reaching its planned yield for 7nm chips, an important measure of manufacturing quality.

News of the delay came as the company reported much stronger than expected quarterly earnings, boosted by the surge in online activity during the coronavirus crisis, as well as strong demand for new laptops from people working and learning from home.

Revenue from Intel’s data centre group jumped 43 per cent, to $7.1bn, on strong demand from cloud providers trying to cope with the online activity. Sales of PC chips rose 7 per cent, to $9.5bn. Overall, that left Intel with revenue of $19.7bn, an increase of 20 per cent and $1.1bn ahead of expectations.

Intel also issued financial guidance for the rest of this year that could lay to rest some of the concerns about a sharp fall-off in chip sales in the second half as the first wave of the coronavirus-induced buying passes.

It forecast that revenue would reach $75bn this year, compared to the $73.9bn that had been expected. It had withdrawn full-year guidance three months ago amid the uncertainty caused by the pandemic.