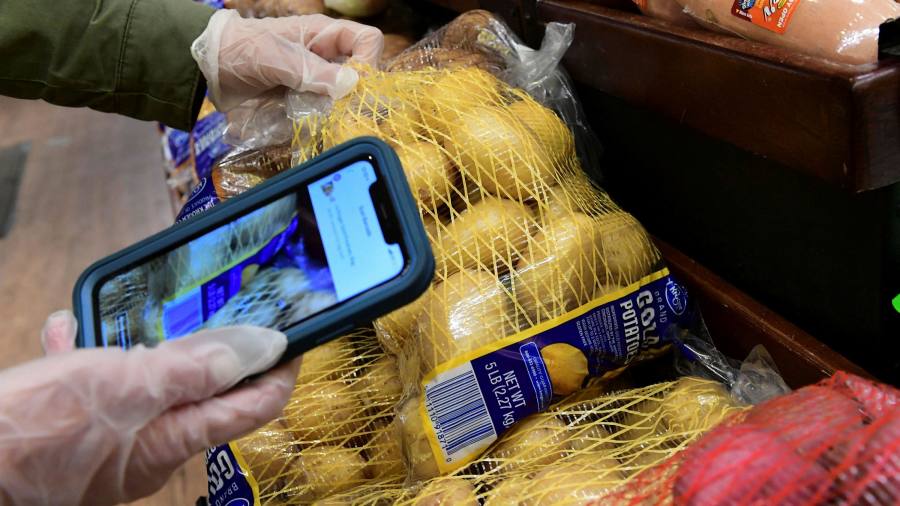 Instacart, the grocery delivery app, nearly doubled its valuation in a new funding round, underlining the company’s rapid growth as consumers stay at home during the Covid-19 crisis.

Investors led by Yuri Milner’s DST Global and the venture firm General Catalyst invested $225m in the company, they announced on Thursday, assigning the start-up a $13.7bn valuation when including the new capital.

That mark equals, for example, the price Amazon paid for Whole Foods Market in 2017, and implies Instacart is more valuable than the meal delivery start-up DoorDash.

Founded in 2012, the company operates an online marketplace where users pay “shoppers” to deliver groceries from local stores.

The fundraising suggests investors could be taking a second look at companies promising on-demand services after souring on the sector last year on concerns about the viability of their business model.

On Wednesday, Just Eat Takeaway agreed to purchase the US food delivery company Grubhub for $7.3bn in an all-stock deal, a premium of more than 60 per cent to the company’s market value in May.

Customers have flocked to delivery groups during the pandemic, with lockdowns discouraging frequent grocery trips.

Instacart commands the largest share of the US market after increasing sales by more than 500 per cent in April compared to the same time last year, according to the data provider Second Measure. The start-up turned a small net profit for the first time in its history that month, according to two people briefed on the numbers.

Instacart shoppers have complained that they did not receive proper safety equipment to handle the crisis, staging strikes to demand extra hand sanitiser and improved benefits. The company has responded by providing new safety kits, implementing shopper bonuses and updating sick leave policies.

In a statement, Instacart chief executive Apoorva Mehta said the new investment would “deepen our support for our shoppers and partners” and fund “strategic initiatives” such as the company’s advertising and enterprise businesses.

Investors previously valued the San Francisco-based group at $7.9bn in December 2018, including funding it raised at the time.