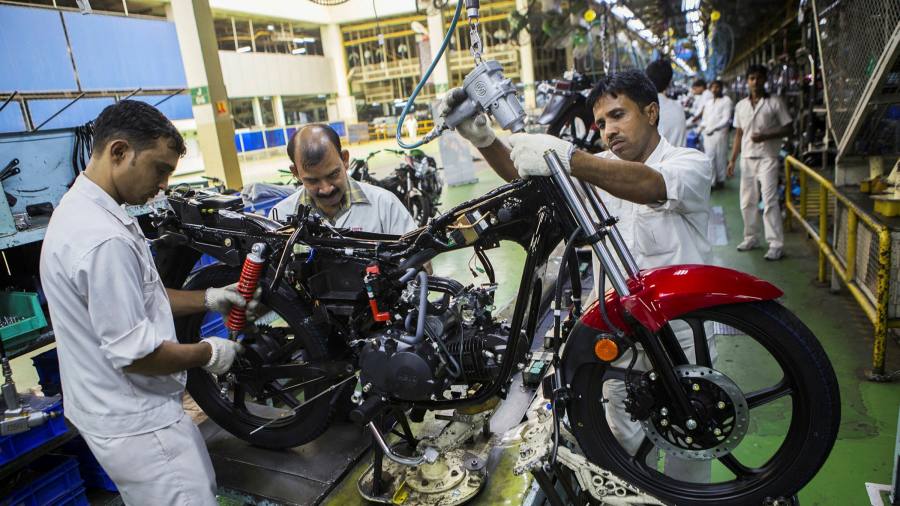 The head of India’s biggest maker of motorcycles and scooters has said demand in the country is returning to pre-coronavirus levels faster than expected, in a rare bright spot for an economy that has been hit hard by the pandemic.

New Delhi-based Hero MotoCorp sold 450,000 vehicles last month, up from 112,000 in May, partly due to Covid-19 prompting a clamour for modes of transport that let riders socially distance. The June figures represent about 90 per cent of its sales in January, before the coronavirus health crisis took hold in India.

“These numbers are surprising,” said Pawan Munjal, chief executive and chairman of Hero, which says it is the largest manufacturer of two-wheelers globally by units sold from a single company. “Nobody is really expecting us to do these kinds of numbers.”

India is the world’s top market for motorcycles and scooters, with 17m sold last year. The country’s roads buzz with everything from vintage-design motorcycles, such as British-born Royal Enfields, to functional bikes including those sold by Hero, some of which sell for less than $1,000.

Analysts say the uptick in sales is an unexpected sign of health in India’s rural economy, where government stimulus and expectations of a good harvest have fuelled everything from higher tractor sales to increased biscuit consumption.

Mr Munjal said that some of Hero’s jump in sales could reflect pent-up demand or people buying motorcycles after earlier putting purchases off because of India’s lockdown. But he argued that the pandemic could also herald a shift to its vehicles as customers tighten their belts and avoid crowded public transport.

TVS, another large motorcycle maker, has also reported sales approaching pre-coronavirus levels. However, dismal economic conditions have weighed heavily on demand for cars, which remain a luxury for many Indians. Big manufacturers such as Maruti Suzuki and Hyundai have lagged further behind their pre-coronavirus levels.

It does make good economic sense to keep buying from China

Slowing growth and rising costs meant India’s auto industry was weak even before Covid-19, which is still spreading quickly in the country. But analysts argue that motorcycles could prove more resilient as they provide an efficient means of travel in the age of social distancing.

“There’s no doubt that two-wheelers, in the entire automotive industry, [are] going to be the hot cake,” said Puneet Gupta, an analyst at IHS Markit. Buyers are asking themselves if they “should really go for a car right now or just stick to basics, which are two-wheelers”.

An emerging risk for Hero is tensions between India and neighbour China, which is a vital supplier of motorcycle and car parts to the country.

Deteriorating relations, which culminated in a deadly border clash in the Himalayan mountains last month, have led to delays in Chinese shipments crossing through India’s ports. This has increased pressure on companies to switch to local suppliers.

Mr Munjal said that Hero, which imports parts including cast wheels from China, had lined up domestic suppliers as back-up. But he warned that the industry would struggle to cut ties with Chinese manufacturers entirely as domestic-made parts often contained imported components.

“The scale at which China works, it does make good economic sense to keep buying from China,” he added.