The chairman of Indian Oil Corporation, the country’s biggest refiner, predicted demand would begin to rebound only by year-end as the coronavirus pandemic hits one of the world’s largest energy markets.

Shrikant Madhav Vaidya said new lockdowns in India had knocked capacity utilisation down from 93 per cent in early July to 75 per cent by the end of the month but predicted it would stabilise in the coming months.

“There is demand destruction but then the country is recovering,” Mr Vaidya told the Financial Times after reporting a sharp fall in year-on-year net profit in the quarter ended June 30. “By the end of the year, I expect that things will be nearly back to pre-Covid times.”

New lockdowns in India are hitting the country’s economic recovery as coronavirus rips through the population of 1.4bn people. India is adding more than 50,000 infections daily, bringing its tally of Covid-19 cases to more than 1.6m, the third-largest in the world, with no sign of the infection rate slowing.

Recovery looks difficult, we don’t know whether there will be multiple lockdowns imposed

IOC reported a 47 per cent drop in net profit to Rs19bn ($253m) in the quarter ended June 30 compared with a year earlier. This followed a sharp loss in the three months ended March 31.

The economy was hit by a tough initial lockdown imposed by Prime Minister Narendra Modi while dreams of a V-shaped recovery have been obliterated by a surge in cases and new lockdowns. The country’s crude imports fell 19 per cent year on year to a five-year low in June, according to oil ministry data released on Friday.

Mr Vaidya said that once the turmoil had settled, he expected appetite for fossil fuels in India, the world’s third-largest oil importer, to recover more strongly than in other markets. Unlike other refiners, Mr Vaidya said IOC had no plans to cut capital expenditure.

“The energy demand for the country is going up, unlike the US or Europe, where it is either stagnant or there is negative growth,” said Mr Vaidya.

“No single one form of energy will be able to satisfy it all. The Indian bouquet will [consist] of traditional fossil fuels with an increasing amount of gas.” 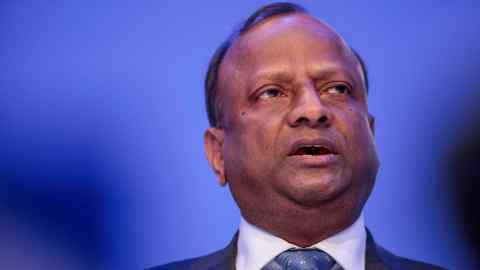 India is seeking to increase the share of gas in its energy mix from 6.2 per cent to 15 per cent by 2030 but progress on meeting the target and deregulating the sector has been slow.

Mr Vaidya, who took over as IOC chairman in July, said the refiner was also seeking to expand capacity in petrochemicals and catch up with peers Reliance Industries — the flagship company of billionaire Mukesh Ambani — and Gail.

Probal Sen, oil and gas analyst at Centrum Broking in Mumbai, said IOC was “sounding the alarm” by underlining the impact of new lockdowns. Other companies were predicting a faster return to relative normality.

Mr Sen pointed to a flood of new cases hitting Andhra Pradesh, Karnataka and Kerala. “Recovery looks difficult, we don’t know whether there will be multiple lockdowns imposed,” he said.