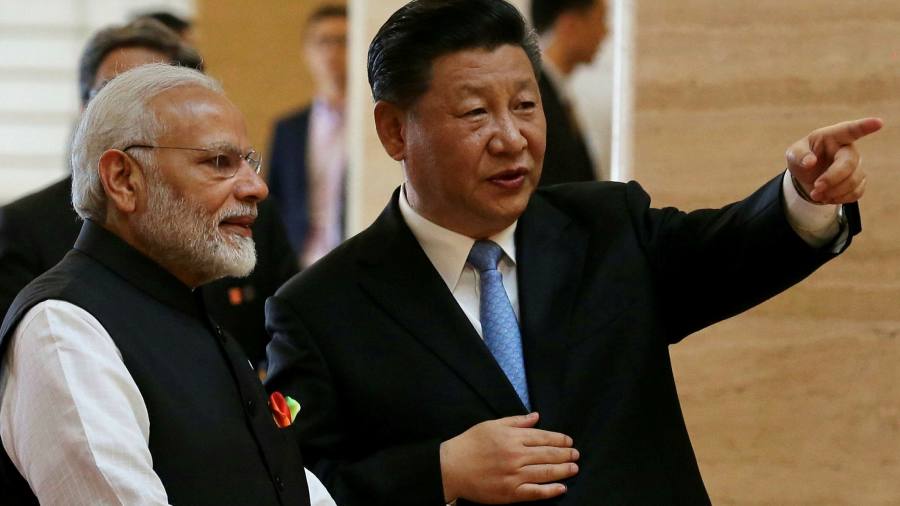 The Sino-Soviet split was a critical moment in the cold war. A Sino-Indian split could be just as crucial to the “second cold war” that seems to be developing between the US and China.

Until now, the Indian government, led by Prime Minister Narendra Modi, has tried to avoid choosing sides in the fast-developing antagonism between Washington and Beijing. But a parting of the ways between India and China now seems inevitable following last week’s border clashes between the two nations’ armies, which left at least 20 Indian soldiers dead and an unknown number of Chinese casualties.

Mr Modi has met President Xi Jinping of China several times since becoming India’s leader in 2014 and has made five visits there. As recently as last October, the Indian and Chinese leaders held a friendly summit, after which Mr Modi hailed “a new era of co-operation between our two countries”.

The mood in New Delhi is now very different. Whatever happened high up in the Himalayas, Indians feel assaulted and humiliated by China. On Friday, Mr Modi held emergency meetings with leaders of the Indian opposition — a remarkable development in itself, given the extreme partisanship of Indian politics today.

There is now near-consensus in the Indian policymaking elite that China is a hostile power and that India’s only feasible response is to move closer to the US and to Asian democracies, such as Japan and Australia.

Despite Mr Modi’s efforts to build a close relationship with Mr Xi, Indian anxiety about the rise of China has been growing for years. Indians have watched nervously as China has built up a special relationship with Pakistan — a country India has fought multiple wars with. The expansion of Chinese influence in neighbouring states such as Sri Lanka, Myanmar, Bangladesh and Nepal has also gone down badly in New Delhi. India signalled its displeasure by refusing to send a top-level delegation to China’s Belt and Road forums in 2017 and 2019.

But while the China hawks in New Delhi have been gaining in influence, there remains a dovish school that has long argued it is not in India’s interests to get sucked into an American effort to “contain” China. In part, this reflects the legacy of history. During the original cold war, India pursued a policy of non-alignment and was, in reality, often closer to Moscow than Washington. As a country of nearly 1.4bn people, India is understandably determined to forge its own path and maintain strategic autonomy. There are also sound economic arguments for trying to maintain a good relationship with China, which is India’s second largest trading partner.

Any thought of trying to maintain equidistance between the US and China, is now likely to be abandoned by India. There are even hints that India may consider a formal alliance with the US. One Indian intellectual, close to the Modi government, observed pointedly last week that one reason China might feel free to kill Indian soldiers — but not Japanese or Taiwanese troops — is that Japan and Taiwan are sheltering under a US security umbrella.

Donald Trump’s hostility to the American alliance system makes it highly unlikely that the US president would consider extending a security guarantee to India, at least, not without considerable financial inducement. But an administration led by Joe Biden, his Democratic rival in November’s presidential elections, might well jump at the idea of a formal alliance.

In recent years the US has become more overt in its efforts to woo India, as a balancing force to a rising China. In 2018, the US military renamed its Pacific command, the Indo-Pacific command and India’s increasingly close military ties with the US has been reflected in arms purchases, port visits and joint military exercises. An intensification of that co-operation, in co-ordination with Japan and Australia, looks inevitable.

Indians are wary of further direct confrontations with China in the Himalayas. But they may try to challenge Beijing on other fronts by working with allies in the Indian Ocean and the South China Sea. India is also likely to make more concerted moves to lessen its economic dependence on China. The chances of Chinese telecoms company Huawei being awarded contracts to build a 5G network in India now seem vanishingly small.

Should China care? Beijing’s confrontational posture suggests the Chinese have discounted the dangers of any Indian retaliation. China knows that its economy is nearly five times the size of India’s and that its military has more firepower. The Chinese may even have judged that now is a good time to put India in its place when the country is stricken by the coronavirus and the US is distracted.

In the aftermath of last week’s border clashes, the Global Times, a nationalist newspaper in Beijing, wrote, in an editorial, that India should learn from this incident and cannot rely on Washington for support and succour.

In the short-term, that might well be right. Over the long-run, China should be worried. The four largest economies in the world, ranked by purchasing power, are China, the US, Japan and India. All four nations are intensely concerned by the balance of power in the Indo-Pacific region. It is folly for China to drive India into America’s arms.