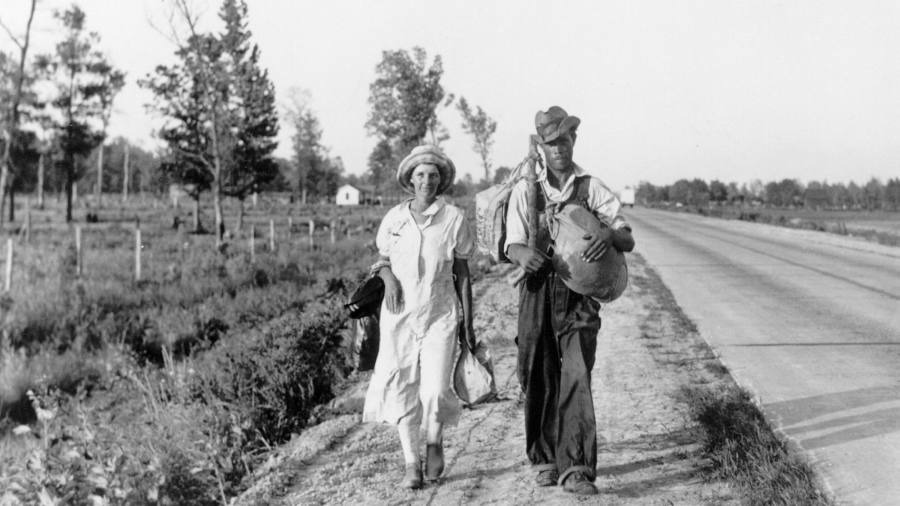 In one of the best-read stories in the Financial Times this month, six experts from around the world answered this question: are we heading into another Depression?

Not in Asia, said one. Quite probably in Latin America, said another. US predictions were cheerier but in Europe, one economist said he thought that, on balance, there would be the biggest peacetime recession in almost 100 years.

Reading his words I was struck by the fact that, just a few months ago, workers were still being told to fret about the robots coming for their jobs. Now it seems even the robots could be in trouble.

Yet if I look out the window from my London apartment, at people in £240 running shoes jabbering on £1,000 smartphones with the help of £300 headphones, it is hard to imagine today’s workforce going through anything like the Great Depression.

So what might happen if it did? In many ways, the selfie generation would be far better off than those who endured the disaster that tore through the world’s economies almost a century ago.

The Depression still conjures images of gaunt faces in soup kitchen queues, and lurching shifts in everyday life. “Cats keep disappearing,” a man from the Austrian village of Marienthal told researchers in the 1930s who came to study the impact of unemployment. “Only a few days ago, Herr H’s cat disappeared. Cat meat is very good. Dogs are also eaten.”

Today, many of us have better welfare systems and a national health service. Crucially, there is far more acceptance that governments have a distinct role to play in the event of mass unemployment. “That wasn’t true all over the world in the 1930s,” says Professor Peter Fearon, an economic historian from the University of Leicester who has written widely on the Depression.

In the coronavirus crisis, governments of all political stripes have taken sweeping action to avert financial disaster. Yet it has not been enough to stop a chilling number of job losses and this poses threats that seem just as serious for today’s workers as for those in the Depression.

That Austrian village study is famous for what it showed about the psychological impact of long-term unemployment, starting with spiritless apathy.

People borrowed fewer library books. They ditched their political party memberships. Actors had to be badgered to perform. “Their hearts are not in it,” said the village theatre club manager. Even daily walks meandered. When researchers armed with watches covertly timed people in the street, they found a striking number of men walked at just two miles an hour and stopped at least twice on the way. They literally seemed to lose direction.

Like it or not, we still find meaning in work. So today’s debt-fuelled generation of workers, with their mortgages and two-car driveways, are likely to be as devastated by job loss as their less affluent predecessors — maybe more so if they cannot keep up monthly payments.

Yet they are also infinitely better connected, physically and digitally. Mass travel has been interrupted by Covid-19 but the internet lets this generation work and communicate like no other.

I got a sense of what that might mean in an age of mass unemployment last week from a “redundancy mentor” named Eleanor Tweddell. Her company tries to ease the shock of job loss with online tools that would have been unimaginable for the villagers of Marienthal. She says 500 people tuned in to her recent online “festival” for the unemployed. Smaller, weekly video chats in which jobless people can swap war stories and advice are apparently popular, along with her thoughts on the best way to look for a position online.

None of this can replace effective national policies to help people back to work, or stop them falling out of it in the first place. But it does mean that if the worst should happen again, we might at least know what each other is going through in a way that was never possible before.