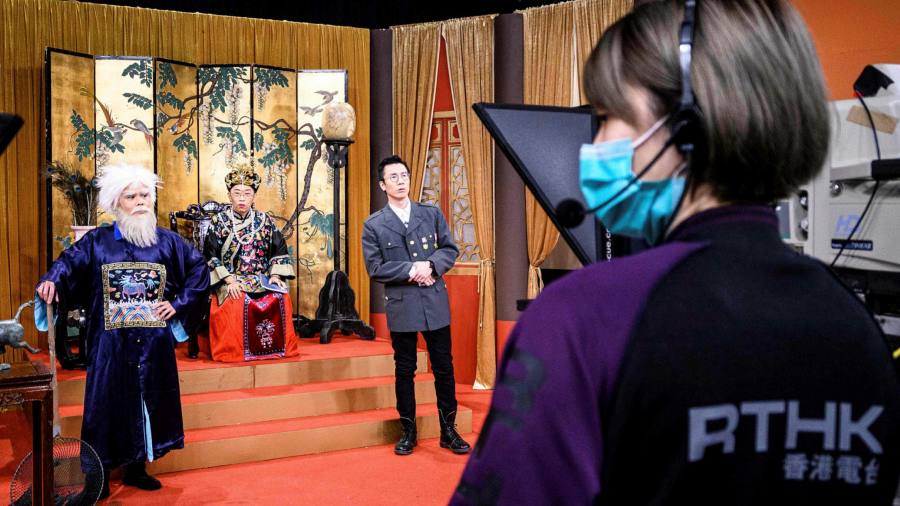 Journalists at Hong Kong’s public broadcaster have been told to tone down their coverage of the city’s independence movement, underlining concerns over rising self-censorship in the territory’s media.

The warning was made at an internal meeting at Radio Television Hong Kong — the 92-year-old institution that is the territory’s equivalent of the BBC — after increasing government criticism of the station’s reporting.

It comes as Beijing is poised to impose a national security law on Hong Kong that critics say will violate freedom of expression guarantees promised when the UK handed the city over to China in 1997.

Others point to broader worries about press freedom in Hong Kong after Beijing expelled a number of US journalists from the mainland this year and said they also could not work in the territory.

At an editorial meeting this month, Leung Ka-wing, RTHK director of broadcasting, said journalists should not repeat protest slogans of independence activists in the city in their reports, according to four people familiar with the event.

They were also told to avoid prolonged shots showing the movement’s paraphernalia, such as flags, especially when live streaming during events, such as protests.

“Pan your camera to the side. Get some other shots,” Mr Leung said.

RTHK is one of the city’s few media outlets that is not owned by big pro-establishment business families. The editorial charter of the government-funded station says its mission is to “provide timely, impartial coverage of local, national and global events and issues”.

But it has come under increasing pressure over its coverage of Hong Kong’s pro-democracy protests, which gripped the city for months last year. Some protesters advocate independence from Beijing.

RTHK on Friday was due to screen the last episode of Headliner, a 31-year-old weekly political satirical show, after Hong Kong’s broadcasting regulator ruled the programme deliberately insulted the police.

Protesters have alleged the police have acted with impunity during the protests — charges the force has denied.

RTHK reporters who did not attend the meeting with Mr Leung alleged they felt a sense of “white terror” in the organisation. “The situation is so severe now . . . I will only include mention of sensitive topics if it is really necessary,” said a producer.

“I avoid interviewing people who have a pro-independence stance, even if the interview may not need to touch on their political views,” said another reporter.

Separately, Kirindi Chan Man-Kuen, RTHK deputy director, who oversaw production of current affairs, recently resigned citing health reasons. The station has denied there was a political subtext but some employees have expressed scepticism.

“We felt pity and a bit helpless because Chan valued and upheld editorial independence very much, but we respect her decision because of the pressure faced by RTHK,” said Gladys Chiu, programme staff union chairwoman.

Allan Au, an academic from the School of Journalism and Communication from the Chinese University of Hong Kong, said the station had long been seen as independent and free of the commercial pressures facing other broadcasters.