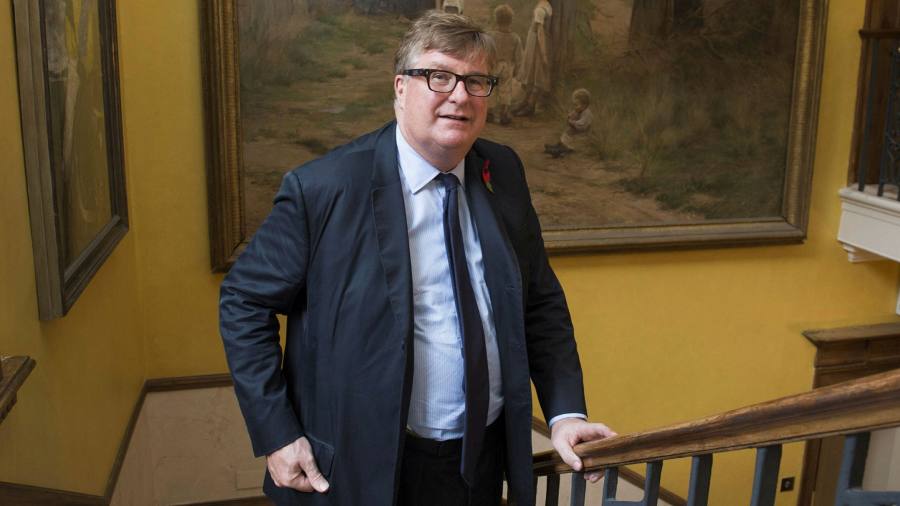 Crispin Odey, one of the UK’s highest-profile hedge fund managers, has been charged with indecent assault.

Mr Odey, 61, the founder of Mayfair-based investment firm Odey Asset Management, is facing a court case over an incident more than 20 years ago.

In a statement on Friday, the Crown Prosecution Service said Mr Odey had been “charged with indecent assault following a complaint by a woman over an incident in 1998”. He is due to appear at Westminster Magistrates’ Court on September 28.

“It’s all in the court’s hands,” Mr Odey told the Financial Times. “It was a long time ago,” he added. He declined to comment further.

Unlike many of his hedge fund peers, Mr Odey has frequently been in the headlines. He is a donor to the Conservative party and contributed to Prime Minister Boris Johnson’s leadership campaign, and was a vocal backer of Brexit.

Last year he dismissed as “crap” suggestions that he had backed Mr Johnson in order to profit from a possible no-deal Brexit, and forecast that Mr Johnson would be a “great prime minister” in the “new Jerusalem” after Brexit.

Mr Odey’s fund, which is known in hedge fund industry circles for being one of the most aggressive in the sector, made large gains from bets against some UK stocks and a bet on gold at the time of the 2016 Brexit referendum, but ultimately finished the year down almost 50 per cent.

Mr Odey, who was educated at Harrow School and Christ Church College, Oxford and set up his firm Odey Asset Management in 1991, is one of the UK’s richest hedge fund managers. Together with his wife Nichola Pease, his fortune is estimated at £825m, according to the Sunday Times Rich List.