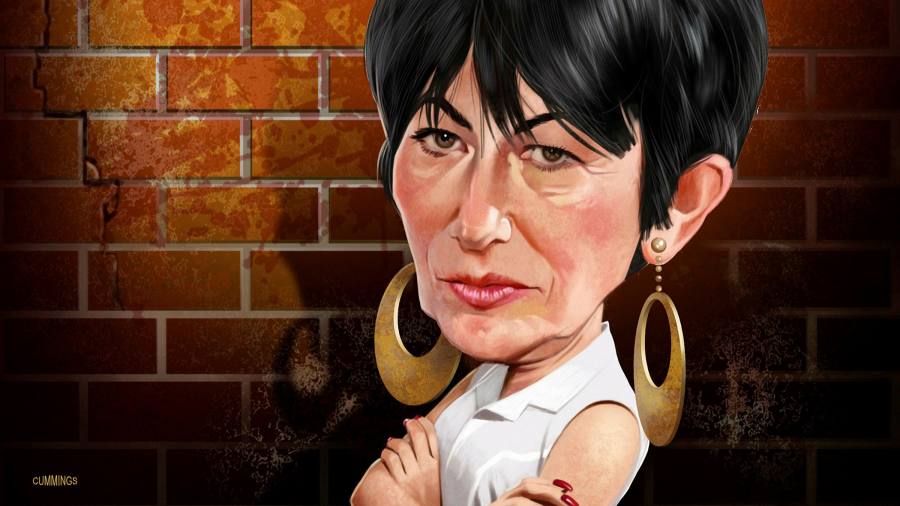 How well does anyone really know Ghislaine Maxwell, the British socialite who became a ubiquitous figure on New York’s social scene soon after she stepped off Concorde in 1991? She jetted around Africa with former president Bill Clinton and attended his daughter’s wedding; she rubbed shoulders in Palm Beach with President Donald Trump and his wife, Melania; she palled around with Britain’s Prince Andrew. Denizens of her world describe the Oxford-educated hostess and trained helicopter pilot as “lovely”, “fun” and “vivacious”.

But in a New York court hearing this week — held by video link, due to coronavirus — an accuser described Ms Maxwell very differently: as “a predator and a monster”. According to a six-count indictment, she is alleged to have recruited girls, as young as 14, to be sexually abused by her confidant, Jeffrey Epstein, who was arrested last July on sex trafficking charges and found hanged in his jail cell a month later.

Prosecutors claim Ms Maxwell not only groomed Epstein’s victims, whom she would chat up at shopping malls and movie theatres, but also participated in their abuse. In the course of the bail argument, they also disclosed something else about Ms Maxwell that few seemed to know: she is now married.

Clad in drab prison garb, Ms Maxwell pleaded not guilty. Her lawyer, Mark Cohen, insisted that she had been the victim of a sinister smear campaign by the government and the media. “Our client is not Epstein!” he said. “She is not the monster she’s been portrayed as.”

Ms Maxwell’s downfall is not only a matter of social fascination — although it is surely that for members of the rarefied world she has inhabited. It may also have wider ramifications. Powerful figures on both sides of the Atlantic who cycled through Epstein’s orbit over the years have seen their reputations scorched by the association. Among them is Jes Staley, the chief executive of Barclays now under investigation by Britain’s Financial Conduct Authority for serving Epstein as a client when he was a JPMorgan executive. Mr Staley says he has done nothing wrong.

Meanwhile, hedge fund titans, celebrity lawyers, elite universities, professors and others who accepted Epstein’s gifts or hospitality over the years have rushed to renounce their ties. So, too, did Prince Andrew, who has been sidelined from royal duties after a disastrous interview with the BBC about his friendship with Epstein and Ms Maxwell.

Ms Maxwell, 58, is the daughter of Robert Maxwell, a Holocaust survivor who escaped eastern Europe, fought the Nazis and (after a few name changes) become a press baron, member of parliament, a suspected spy, and financial fraudster. The youngest of his seven surviving children, was, by all accounts, his favourite. Her social talents were honed at Marlborough College and then Oxford. She threw lavish parties at the family estate in Oxfordshire, Headington Hill Hall, and founded a trendy women’s club in London.

Despite her father’s affection, she did not escape his verbal abuse. “The Maxwells are all polite and polished on the outside,” said a friend of the family. “On the inside, they’re a bundle of nerves and anxiety.”

In 1991, Robert Maxwell died in mysterious circumstances. His body was found in the ocean near his yacht, Lady Ghislaine. It was unclear whether he had fallen overboard, jumped, or, as some claim, was murdered. His daughter was devastated. Compounding the loss, much of her wealth evaporated after her father was revealed to have been embezzling from pension funds.

Ms Maxwell rebuilt her life in New York, where she became close to Epstein. They made a formidable duo. She had the social grace and contacts the college dropout from Brooklyn’s Coney Island lacked; he had the money, thanks to a financial advisory firm he founded after a stint at investment bank Bear Stearns. Together, they milked the extravagant, often louche, Manhattan scene that prevailed before the financial crisis, an arena of powerful men and young women in the intersecting worlds of finance, fashion and the arts.

Ms Maxwell not only managed Epstein’s social affairs, she created a life for him. She curated nightly dinner parties that featured everyone from director Woody Allen to Israeli politician Ehud Barak. Her last name added to her cache in New York. “She would just walk into a room and it gave her mojo and allure,” one acquaintance said. That allure reflected on Epstein.

The reason for Ms Maxwell’s devotion to a paedophile is a matter of endless dinner party debate in New York. Some insist she was in love and hoped to one day marry him. Others believe she did it for money, or to satisfy some psychic need left by her father’s death. Another matter of intense speculation is what information she might be able to offer prosecutors as part of a possible deal.

After Epstein’s arrest, Ms Maxwell expected to resume her former life, said a family friend. She had launched an environmental charity, TerraMar, in 2012, declaring herself “a citizen of the ocean”. But she soon disappeared and rumours spread that she was hiding in Russia, Israel or Brazil.

In fact, the woman with both French and British passports was discovered and arrested in New Hampshire, at a 156-acre estate called Tuckedaway. Prosecutors said she had paid cash for the property, telling the estate agent she was Jen Marshall, a British journalist seeking privacy. Yet another identity for the talented Ms Maxwell.