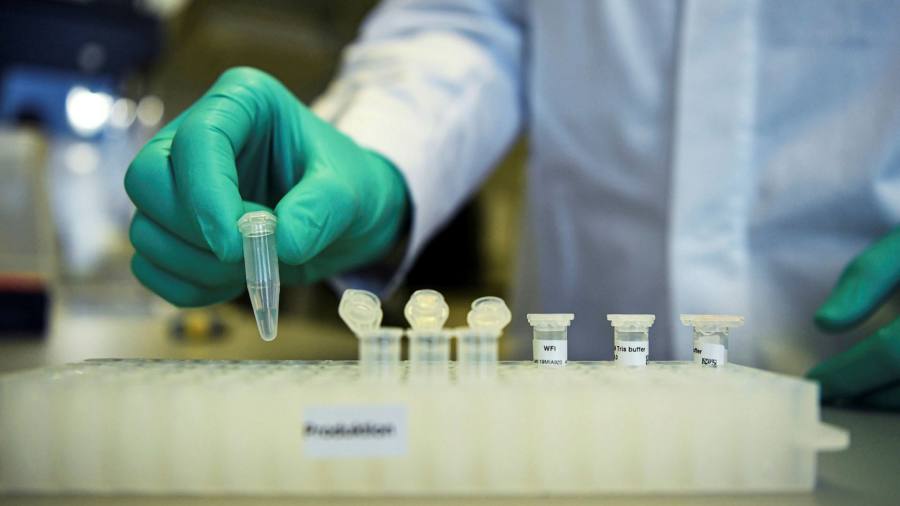 Germany plans to invest €300m in the private biotech company CureVac, giving Berlin a 23 per cent stake in the developer of a potential coronavirus vaccine that attracted interest from Donald Trump’s White House in March

The company is due to start clinical trials for a Covid-19 vaccine this month and is one of a handful of companies working with mRNA technology, which can produce a vaccine more swiftly than traditional methods.

“For me, and for the federal government, it is elementary from an industrial point of view that we maintain and strengthen key industries in Germany,” he said. “Germany is not for sale. We do not sell our silverware.”

The hunt for a vaccine is central to global efforts to vanquish the virus but fears are growing that it will spark geopolitical battles if countries act in narrow self-interest rather than take a more collaborative approach.

CureVac, which is based in Tübingen, south-west Germany, has yet to bring a vaccine to market. It is 80 per cent owned by SAP co-founder Dietmar Hopp and counts the Bill & Melinda Gates Foundation among its investors.

In March, a German newspaper reported that the US government had sought to take over the group in an effort to secure supply of a potential vaccine after its then chief executive Daniel Menichella met president Mr Trump at the White House.

Ministers in Berlin reacted with fury but the company’s management later denied that there had been an approach from the US administration. In a magazine interview, however, Mr Hopp did not deny it, and Mr Menichella has now left the company.

“It goes without saying that a German company should not be developing a vaccine for exclusive use in the US,” Mr Hopp had said at the time.

The European Commission has already offered CureVac €80m in funding, with its president Ursula von der Leyen expressing her hope that the company could have a product ready “perhaps before autumn”.

However, CureVac is yet to start clinical trials of its vaccine, while another German company, BioNTech, was given permission to start human trials in April.

In a statement, the company said the German government would have no influence on corporate decisions, despite its investment, which will be made via the state-owned development bank, KfW.

Mr Hopp said he hoped the government’s stake would help contribute to the growth of life sciences in Germany and Europe and that a “blueprint for further engagement of public and private investment will be created here”.

Mr Altmaier said the investment would not need approval from competition authorities in Brussels because it was similar to the German government’s decision to buy 20 per cent of energy company 50Hertz in 2018 to prevent it being acquired by a Chinese group.

“At that time, we acted very quickly to ensure that we did not lose control of critical infrastructures, and [approval from the European Commission] was not relevant,” he said.