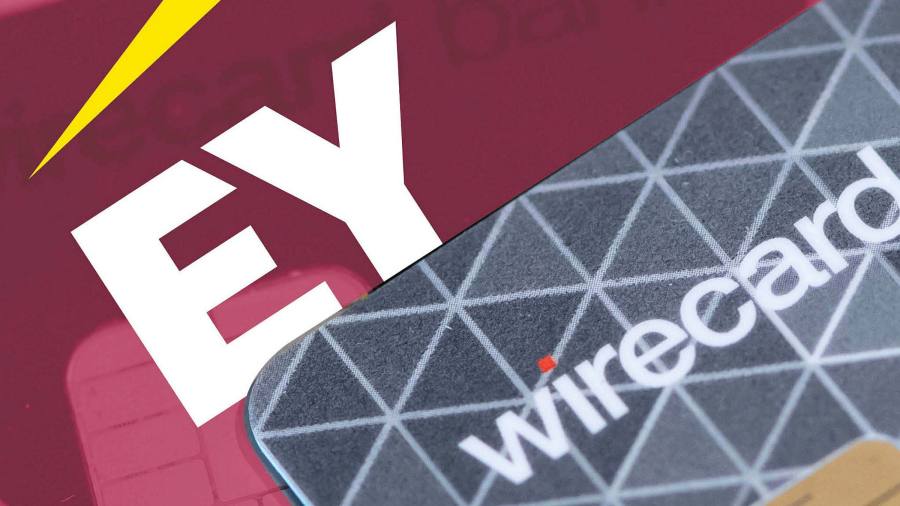 The German audit watchdog has told prosecutors that EY may have acted criminally during its work for Wirecard, a step that significantly escalates the legal and reputational risks for the accounting firm.

People familiar with the matter said that Apas, the watchdog, had sent a report to prosecutors. It is the first time a government agency has said EY may have broken the law during its audits of the German payments group, which collapsed this year after revealing a multi-year fraud.

Munich prosecutors told the Financial Times they were evaluating the evidence that was filed by Apas and had not yet come to a conclusion. Prosecutors have not launched a criminal investigation into current or former EY staff.

For more than a decade, EY Germany had given Wirecard a clean bill of health before discovering this year that €1.9bn in corporate cash did not exist. Wirecard subsequently collapsed into insolvency in one of Europe’s biggest postwar accounting scandals.

The revelation comes ahead of a potentially fiery parliamentary hearing on Thursday afternoon, in which EY partners are set to clash with MPs over how much they are allowed to reveal about their work for Wirecard without violating strict confidentiality rules.

Apas, an independent government body overseeing Germany’s auditing industry, last year launched an investigation into EY’s work at Wirecard after the FT reported that many important clients of the firm seemed not to exist. The body can issue fines for misconduct and in extreme cases can disbar individual auditors.

In the document, the watchdog said it found indications that the auditor potentially violated its legal due diligence and reporting obligations during the Wirecard audits. Under German law, auditors found guilty of such misconduct can be punished with up to three years in jail. German newspaper Handelsblatt first reported on the Apas document.

EY Germany told the FT that it had “no knowledge of such an Apas document”, adding that “based on our current state of knowledge, our colleagues conducted the audits professionally and in good faith” and that there were “absolutely no indications for criminally relevant misconduct by EY auditors in the Wirecard case”.

EY had earlier responded by quoting the Munich chief prosecutor Hildegard Bäumler-Hösl as saying that, “we currently do not see enough evidence for criminally relevant behaviour by EY auditors in the Wirecard case”.

However, Munich prosecutors on Thursday took issue with the statement, saying that EY had taken the quote out of context as it did not refer to the Apas letter. “We cannot confirm EY’s assessment that there are no indications for criminally relevant misconduct by EY in the Wirecard case as this is still being scrutinised,” the prosecutors added.

The FT reported in June that EY, for at least three years, failed to request account information directly from a Singapore bank where Wirecard claimed it held large sums of cash. A KPMG special audit into Wirecard concluded that EY did not properly investigate whistleblower allegations about alleged accounting manipulations in India.

Fabio De Masi, an MP for the leftwing Die Linke party, urged the German government to “act immediately” and to stop commissioning EY with taxpayer-funded mandates until potential criminal misconduct by the firm has been ruled out.

Several EY partners have been summoned as witnesses by the parliamentary inquiry committee and will be questioned on Thursday afternoon in Berlin.

EY has said that it may refuse to testify at Thursday’s parliamentary investigation into the collapse of Wirecard on the grounds that its auditors could become liable for breaches of secrecy, which carry a prison sentence or large fines — a stance that has infuriated German lawmakers.