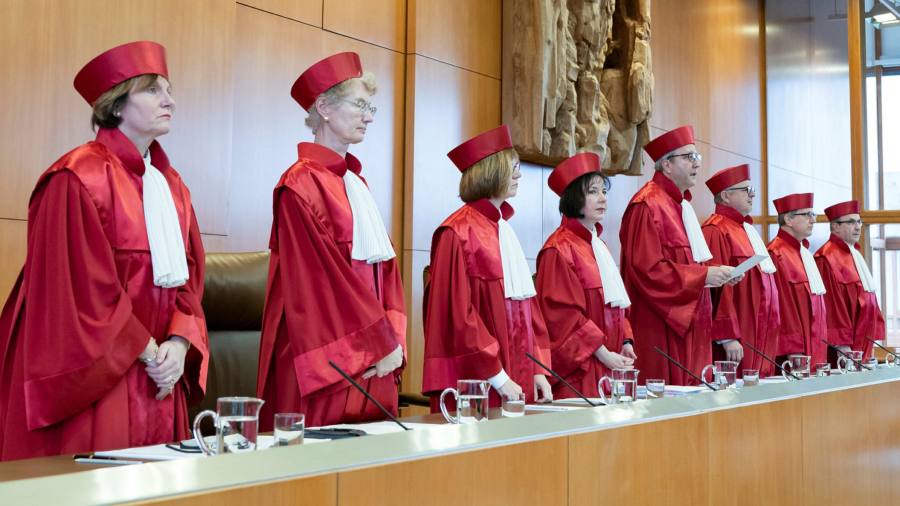 Ahead of the German federal constitutional court’s verdict today on the European Central Bank’s 2015 programme to buy sovereign bonds, observers were nervous that a ruling of illegality would have serious legal and financial repercussions. As it was, the judges in Karlsruhe managed to do something even more damaging.

The court did not, “for now”, deem quantitative easing illegal. Instead it set off three grenades under the European legal order.

First, by dismissing the European Court of Justice’s legal reasoning as inadequate, it took upon itself the role of interpreting this area of EU law.

Second, it posited an interpretation that turns EU Treaty provisions on their head, and flies in the face of both the legal text and its political understanding — including in Germany.

Third, it gave German institutions three months’ notice: if by then the ECB has not complied with the court’s new doctrine, the Bundesbank and other German entities are banned from participating in the quantitative easing programme.

It is hard to say which of these is worse. But start with the economic questions at the heart of the issue.

The Karlsruhe court’s main line of reasoning is that the ECB, like all EU institutions, is limited by the “proportionality” principle in the Treaty: it may only exercise the powers granted to it to the extent necessary to fulfil its mandated goals.

One may have thought that this means QE is legal if necessary to achieve the ECB’s inflation target. The acceptance of that necessity was at the core of the ECJ’s 2018 ruling that QE was legal, given safeguards against breaching the Treaty limitation on “credit facilities” for governments.

But the view from Karlsruhe is that the ECB should not do what is necessary to fulfil its own mandate, but “balance” this against side effects for policy areas reserved for other institutions. It was, says the court, “incumbent upon the ECB to weigh [the] considerable economic policy effects and balance them . . . against the expected positive contributions to achieving the monetary policy objective”.

And the “economic policy effects” that worry the court are the one-sided litany well known from the conservative fringe of German monetary politics: by lowering interest rates, QE helps governments, hurts “savers or insurance policyholders” and “allows economically unviable companies to stay on the market”.

This is economically illiterate. As the ECJ understood, but the German court seems not to, any loosening of financial conditions will have such effects; it is precisely through them that monetary policy affects inflation.

Moreover, the court says “it is not ascertainable that any such balancing was conducted” and demands the ECB “provides documentation”. Did the judges even look at the ECB’s website and the governing council meeting accounts posted there?

The court instructs the German government to ensure that the ECB undertakes the missing “proportionality assessment”, and bans the Bundesbank from continuing QE unless the ECB issues a new decision to the court’s satisfaction within three months.

This is a breathtaking arrogation of power — against the ECB, but above all against the ECJ. Dismissing the EU court’s authority with shoddy legal argument has so far been the preserve of parts of the legal establishments in Poland and Hungary. For a German court now to do so is a source of deep concern.

What would it mean for the Karlsruhe doctrine to be adopted? The Treaties do in fact require the ECB to support the EU’s economic policies (which include growth, employment, economic cohesion), but as a secondary mandate, in strict subordination to price stability and not something to be “balanced” against it.

The logical consequence of the court’s reasoning is instead that the ECB should subject its monetary policy independence to the EU’s fiscal and economic objectives. That is not just wrong-headed, but coming from Germany, deeply ironic.