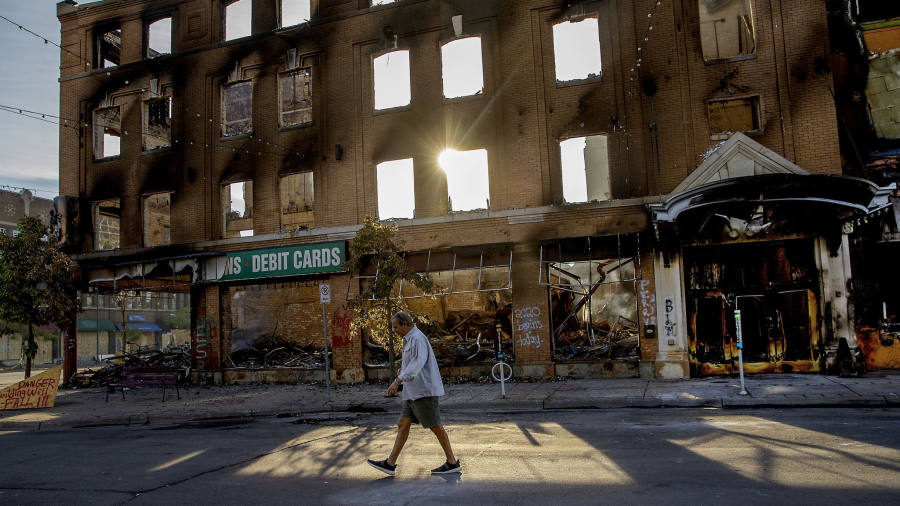 Social unrest has spread across America and beyond in reaction to the police killing of an unarmed African American man, George Floyd, by a Minneapolis police officer. It has brought even more attention to the racial inequality and economic bifurcation in the US — and the ways in which they are inexorably linked — which the Covid-19 pandemic had already laid bare.

Just as people of colour have disproportionately been victims of the virus, they also have been subject to higher levels of incarceration and police brutality. The roots of the problem are deep and old. An invisible line runs from the original sin of slavery in the US, to the racial segregation of the Jim Crow south, to the gerrymandering or redrawing of voting maps that has supported the systemic economic oppression of African Americans. As a result, relative to whites, they have suffered higher levels of poverty and unemployment, as well as poorer education levels and health outcomes, for decades.

In the post-second-world-war era, African American unemployment levels have typically been double the levels of those of white Americans. Some progress in closing the gap was made in the past 10 years thanks to nearly full employment preceding the outbreak of Covid-19 — companies have trouble discriminating when they really need workers. Yet there is a persistent divide between the fortunes of white Americans and those of colour.

The coronavirus crisis has split the workforce into three groups: those who have lost jobs or at least some pay; those who are deemed “essential” workers who must labour on through the crisis (often at great risk to their own health); or those who are virtual knowledge workers whose lives have hardly been affected.

African Americans have fallen disproportionately into the first two groups. While they have faced unprecedented job losses, they have also been on the front lines of the crisis as essential workers, often in unsafe or low-paying jobs. They have been more exposed to the virus either through work or through health vulnerabilities as people without access to quality healthcare, nutrition, or good housing are more at risk. As a result, African Americans have suffered higher than average infection and death rates.

The combination of mass unemployment, Covid-19, and social unrest has the potential to exacerbate the divide. Many of the wealthiest Americans live in affluent districts or have decamped to summer homes and holidays in the country where they are comfortably waiting out the quarantine. Meanwhile, large-scale social dissent in the highest density parts of the country threaten both health outcomes and the reopening of the economy.

President Donald Trump has tried to capitalise on the sense that public law and order is in danger, stoking further anger and the potential for more violence. While some politicians, most notably New York governor Andrew Cuomo, have emphasised unity, Mr Trump is trying to craft a divisive narrative of random, violent protesters at war with good cops.

Americans should not buy it. As Mr Cuomo put it, the tragedy of George Floyd is one of many “chapters in a book. And the title of the book is continuing injustice and inequality in America”. The only way to end the Two Americas story will be to acknowledge that race and economic inequality are profoundly connected. Solving the Covid-19 crisis, police violence, unemployment and most other US problems will require connecting the dots between the two — something this president has shown himself incapable of doing.