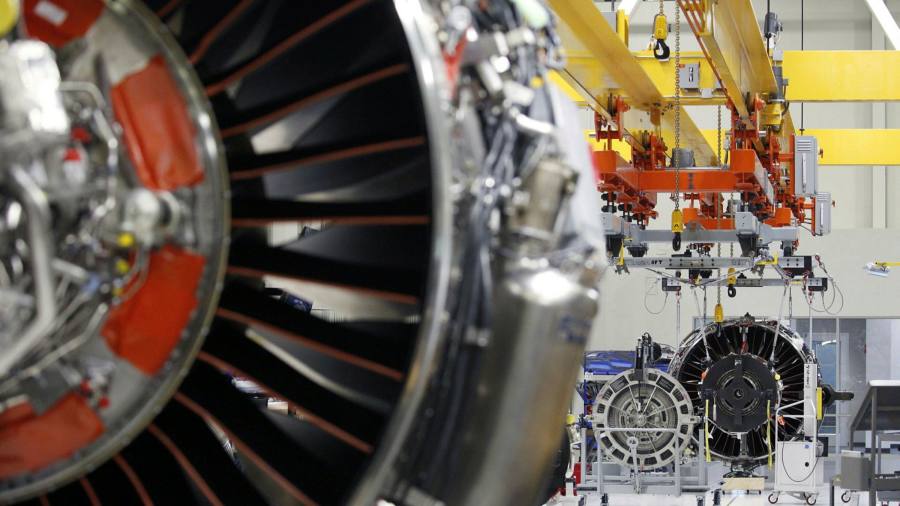 General Electric has pledged to “fully monetise” its stake in oilfield services business Baker Hughes, as the debt-laden conglomerate reported a $2.2bn quarterly loss after its aviation and power units were hit by coronavirus.

GE, which paid $7.4bn for a controlling stake in Baker Hughes in 2016 in a bet on the future of energy prices under former chief executive Jeff Immelt, said it would sell the entire interest within three years. In a statement, GE described Baker Hughes as “a substantial non-core asset”.

GE values its stake in Baker Hughes at $5.9bn. The conglomerate has been reducing its interest in the oilfield services group for almost two years, having negotiated its way out of a lock-up period that was set to expire in July 2019.

The announcement came alongside quarterly results showing that GE lost $2.2bn in the quarter to June 30, or 27 cents per share. Orders in its aviation business fell 56 per cent compared with the same period last year while power business orders fell 42 per cent.

GE’s aviation business, which sells jet and turboprop engines and integrated systems to general aviation customers and the military, lost $680m in the quarter, compared with a $1.4bn profit the same time last year.

Its power business, which GE says creates a third of the world’s electricity via energy transmission and related technologies, lost $40m.

But GE said that it had also reduced its debt by $9.1bn so far this year. The group has promised to be “leverage-neutral” by the end of 2021.

“Our earnings performance was impacted by the ongoing impact of Covid-19 on our businesses,” chairman and chief executive Lawrence Culp said.
“We made faster progress on elements within our control, including our targeted cost and cash preservation actions,” he added.

GE bought the Baker Hughes stake in a deal to merge the company with its own operations providing equipment and services to the oil and gas industry. The transaction closed in July 2017, Mr Immelt’s final month as chief executive.

GE shares rose 1.9 per cent in pre-market trading in New York. They were down 38 per cent for the year at Tuesday’s close.