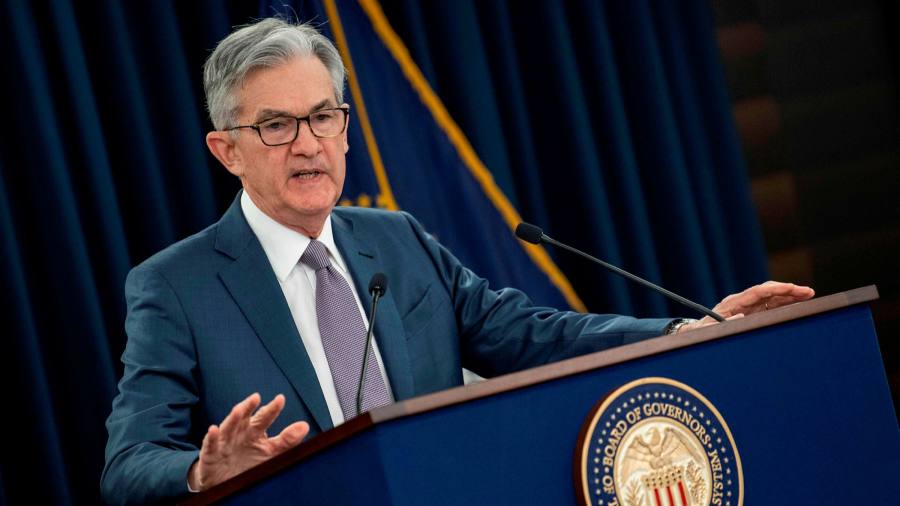 The Federal Reserve has warned the fate of the world’s largest economy would “depend significantly on the course of the virus” as the US central bank extended measures to deal with an international shortage of dollars.

After a two-day meeting on Wednesday, the Federal Open Market Committee made no significant changes to monetary policy, holding interest rates close to zero and pledging to do more to support the recovery if necessary.

It did however announce that it would be extending emergency swap lines with other central banks until the end of the first quarter of 2021, and a temporary repurchase facility for international monetary authorities to swap Treasuries for dollars.

“These facilities were established in March 2020 to ease strains in global dollar funding markets resulting from the COVID-19 shock and mitigate the effect of such strains on the supply of credit to households and businesses, both domestically and abroad. The extensions of these facilities will help sustain recent improvements in global US dollar funding markets by maintaining these important liquidity backstops,” the Fed said.

“In addition, the . . . repo facility will help support the smooth functioning of the US Treasury market by providing an alternative temporary source of US dollars other than sales of securities in the open market.”

The Fed’s meeting on monetary policy comes as the dollar has dropped to a two-year low as a surge in coronavirus cases nationwide has prompted investors to lose confidence in the sustainability of the US economic recovery that began haltingly in May.

On Wednesday, the dollar index, which measures the currency against a basket of peers, fell 0.3 per cent, bringing its monthly losses to roughly 4 per cent. Meanwhile, gold prices have steadied at new highs reached this week.

Demand for safe havens also drove short-dated US Treasury yields lower, indicating a rise in price. The yield on the more policy-sensitive two-year note now sits at 0.13 per cent, while benchmark 10-year Treasury yields rose slightly to 0.59 per cent.

Real yields on US Treasuries, which strip out expectations of consumer-price movements from the nominal yield on bonds, have also continued to drop, sliding to levels last seen in 2012. Investors attributed the move to heightened expectations that a souring economic outlook will force the Fed to keep monetary policy accommodative for the foreseeable future.

US stocks added to earlier gains after the announcement, with the S&P 500 higher by 0.9 per cent.

The Fed, which has already slashed its main interest rate close to zero, expanded its balance sheet sharply through open-ended asset purchases, and set up a series of credit facilities to support markets, said it was ready to take more action if necessary.

In the run-up to the FOMC meeting, in a series of public interventions, Fed officials had been warning that new outbreaks of the coronavirus were posing a threat to the US recovery from the initial shock delivered by the pandemic and its lockdowns.

Lael Brainard, a Fed governor, had warned of a possible “second dip” in activity, and Robert Kaplan, the president of the Dallas Fed, had pleaded for Americans to wear masks and following healthcare guidelines as the most effective policy to help the economy. Jay Powell, the Fed chair, had also stressed the importance of keeping “the virus in check” in remarks in late June.

The Fed has been counting on Congress to help keep the recovery alive by injecting a new round of fiscal stimulus into the economy, on top of $3tn in measures approved early in the crisis in March and April. But with just days left before the expiration of emergency jobless benefits worth $600 per week to unemployed workers, the White House and its Republican allies on Capitol Hill are still at odds with Democratic lawmakers over the size and details of any new package.

Steven Mnuchin, the US Treasury secretary, on Wednesday warned that they were “very far apart”, suggesting a deal was elusive at this point.