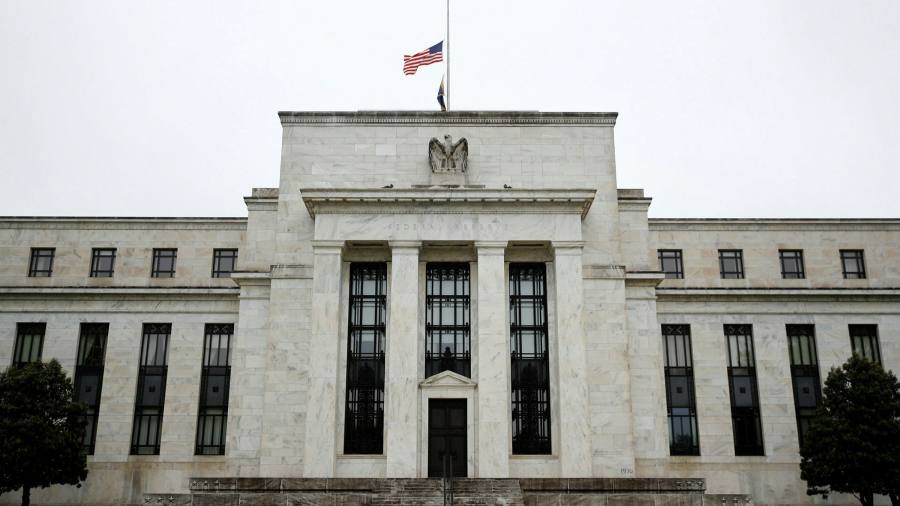 The Federal Reserve capped dividends and banned share buybacks by big US banks as it released an analysis showing Covid-19 could trigger $700bn of loan losses and push some lenders close to their capital minimums.

Announcing the results of a trio of exercises on the health of America’s top lenders, the Fed on Thursday said 33 banks that underwent “stress tests” would be banned from buying back their shares until at least the fourth quarter of this year.

The eight biggest had already voluntarily suspended the buybacks, which account for about 70 per cent of US bank shareholder distributions, until July. Jamie Dimon, JPMorgan Chase’s chief executive, recently said buybacks were not likely to resume until the fate of the economy was clearer.

The US central bank stopped short of banning dividends — as European regulators have done during the crisis. Instead, the Fed said third-quarter dividends from the 33 banks could be no higher than last year’s and no higher than the average of a bank’s earnings for the four quarters ended June 30.

It deferred decisions on future dividends until the fallout from the pandemic became clearer, spelling further uncertainty for bank investors.

Randall Quarles, Fed vice-chair, said for the first time in a decade supervisors were asking all banks to “reassess their capital needs and resubmit their capital plans to the Federal Reserve later this year”. No date was specified.

The Fed’s decision on those plans will depend on “additional stress analyses later in the year”. Mr Quarles added: “If the circumstances warrant, we will not hesitate to take additional policy actions to support the US economy and banking system.”

Lael Brainard, who has repeatedly broken with peers to vote against measures easing financial regulation, was the only one of five Fed governors to vote against the payout decision. She said it was a “mistake” to allow any payouts that “weaken banks’ strong capital buffers . . . in the first serious test since the global financial crisis”.

The Fed’s analysis on the potential impact of the pandemic showed that, in the most extreme scenario, 34 banks would face $700bn of loan losses, versus the $560bn of loan losses under the traditional stress tests, which was based on a scenario set in February.

Under the pandemic scenario, their aggregate capital ratios would fall from 12 per cent at the end of 2019 to 7.7 per cent, assuming they paid zero dividends in 2020. Actual dividend payments for the first two quarters would have wiped another 50 basis points, or 0.5 percentage points, from their capital ratios.

The Fed warned that under the most severe scenario — a double-dip recession with gross domestic product falling 12.4 per cent and unemployment peaking at 16 per cent — the weakest quartile of banks would post aggregate capital ratios of 4.8 per cent, a whisker above the 4.5 per cent regulatory minimum.

In the second-worst scenario — a prolonged recession with 13.8 per cent drop in GDP and unemployment peaking at 15.6 per cent — the weakest quartile would have aggregate capital ratios of 5.5 per cent.

The Fed stressed that the scenarios were not forecasts and the analysis did not take account of “the effects of unprecedented government support”, improvements in market conditions since April, subsequent shrinkage in banks’ balance sheets and better-than-expected unemployment rates.

“The banking system remains well-capitalised under even the harshest of these downside scenarios — which are very harsh indeed,” Mr Quarles said.

For the first time in at least eight years, the Fed made no objections to the capital planning processes at any of the banks, a relief for Credit Suisse which was the only bank censured last year, and Deutsche Bank, which was still considered to be in a “troubled condition” by its regulators at the New York Fed in late March.