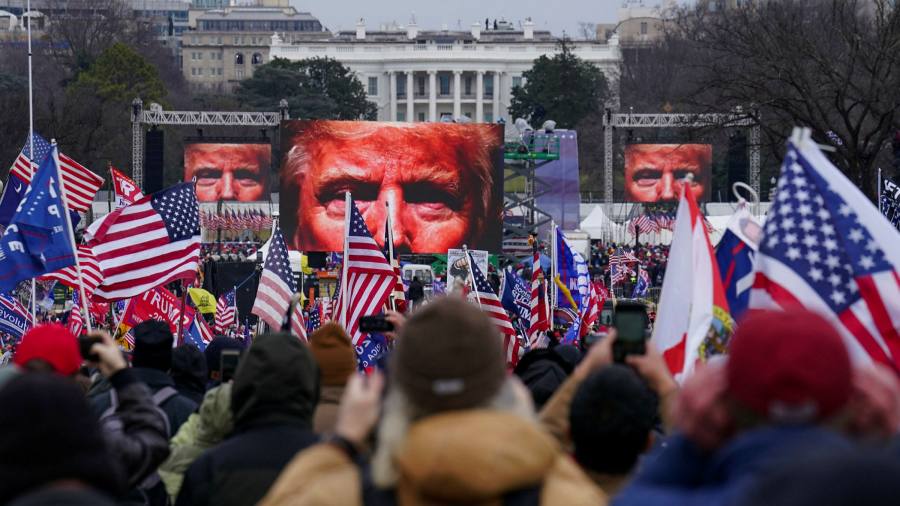 Facebook is referring its decision to suspend Donald Trump’s account to its independent oversight board for review, in the first big test of its newly formed “Supreme Court” appeals body.

Nick Clegg, Facebook’s head of global affairs, said in a blog post on Thursday that the suspension was “necessary and right”.

But he added: “Given its significance, we think it is important for the board to review it and reach an independent judgment on whether it should be upheld.”

Facebook would also encourage recommendations from the board more generally “around suspensions when the user is a political leader”, he said. Mr Trump’s access to his account will remain suspended during the deliberations.

The independent oversight body was formed by Facebook to make rulings on the fairness of its content moderation decisions and policies, amid the prospect of tougher regulation from lawmakers if it cannot better police itself.

Any decisions arrived at by the body — which is made up of academics, civil rights groups and experts across the political spectrum — are binding. It started accepting cases in December.

Mark Zuckerberg, Facebook chief executive, was part of the team who made the decision to refer the Trump case to the board, a person familiar with the situation said.

As part of the process, Mr Trump would be able to submit a “user statement” to the board detailing why he thinks the decision should be overturned. Facebook would be required to provide context of how and why they came to the decision, and there would also be a period during which the public could send in comments, the board said.

The board’s rules allow a 90-day window for coming to a conclusion on a case and an additional week for Facebook to take any required action.

Decisions by Facebook and other social media companies to block Mr Trump from posting has raised fears over how much power has been amassed in the hands of a handful of private Silicon Valley companies, and sparked debate over the balance between their right to censor rule-breaking users and allowing free speech.

A clear position from the board could also relieve Mr Zuckerberg of having to decide whether to follow Twitter in banning Mr Trump permanently — a move that civil-rights groups have sought.

“Whether you believe the decision was justified or not, many people are understandably uncomfortable with the idea that tech companies have the power to ban elected leaders,” Mr Clegg said. “We agree . . . This is why we established the Oversight Board.”

Separately on Thursday, in a sign of the continued fallout for social media groups from the riots, Carolyn Maloney, chair of the House oversight and reform committee, called for the FBI to investigate the role that Parler, the “free speech” social media platform beloved by the far-right, played in facilitating the organisation of the violent events.

Parler was forced offline in the wake of the riots after Amazon withdrew its web hosting services. Ms Maloney also urged the FBI to explore the platform’s “ties to Russia, given the company has re-emerged on [a] Russian hosting service”.