Facebook shares rose nearly 8 per cent after its second-quarter revenue beat analyst expectations, though the social media group warned that the coronavirus pandemic, as well as a boycott of its advertising services, would hamper growth in the current quarter.

Revenues in the three month to the end of June — the majority of which comes from advertising — rose 11 per cent year-on-year to $18.7bn, above analyst expectations of $17.4bn.

Still, it was the slowest pace of growth since the company listed publicly in May 2012, a testament to how the coronavirus crisis and resulting economic hit has decimated advertising spend from brands.

Facebook said that it expected revenue in the current quarter to grow about 10 per cent, the pace at which it has increased so far in July, citing the effect from “certain advertisers pausing spend on our platforms” due to a boycott and tightening privacy regulation in the US and Europe.

More than 1,000 brands, including Ford, Coca-Cola and Verizon, said they would pull digital ad spending from the platform for the month of July because Facebook failed to sufficiently tackle hate speech. 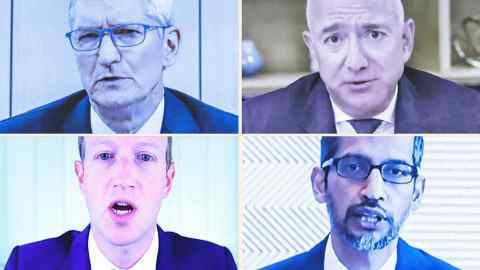 After an initial bump in engagement as entertainment-starved users increasingly turned to social media during lockdowns, and the platform launched new video features, Facebook said that user growth and engagement normalised as lockdowns eased, “particularly in developed markets where Facebook’s penetration is higher”.

It added it expected daily and monthly users numbers, which stood at 1.8bn and 2.7bn respectively in the second quarter, to be flat or decline slightly in most regions in the next quarter.

Diluted earnings per share rose to $1.80, above analyst expectations of $1.40 as compiled by S&P Capital IQ, while net income stood at $5.2bn.