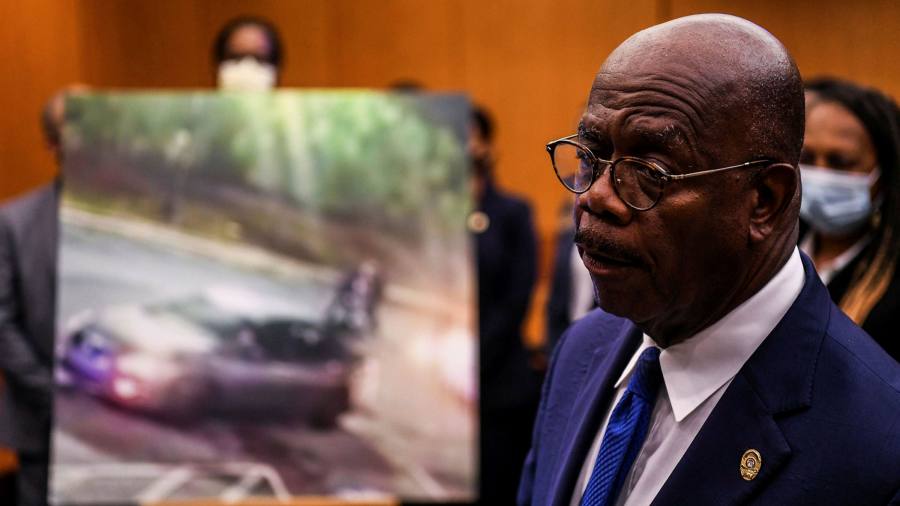 The former Atlanta police officer who shot and killed Rayshard Brooks — setting off a fresh wave of protests in a city still reeling from the death of George Floyd — has been charged with felony murder and 10 other charges.

The district attorney in Fulton County announced the charges on Wednesday against Garrett Rolfe, a white law enforcement official who was fired on Saturday after shooting Brooks, a 27-year-old black man, twice outside a Wendy’s fast-food restaurant on Friday night. Erika Shields, Atlanta’s police chief, resigned over the matter.

Brooks’s death sparked more demonstrations in Atlanta, the capital city of Georgia, where thousands of people have taken to the streets in recent weeks to protest the killing of George Floyd in Minneapolis, Minnesota.

Floyd died last month after a white officer knelt on his neck for almost nine minutes. Video of the incident was seen around the world, sparking widespread protests in the US and overseas.

The police officer who knelt on Floyd’s neck has been charged with second-degree murder. Three other officers who were also at the scene have been charged in connection with Floyd’s death.

The protests piled pressure on lawmakers from both parties to draw up plans to reform policing and redress racial inequalities.

Democrats in the House of Representatives and Senate introduced bills last week that would ban police chokeholds, create a national registry to track police misconduct, make it easier for prosecutors to seek criminal and civil penalties for police abuse and ban certain “no-knock” warrants, which allow officers to forcibly enter properties.

Congressional Republicans on Wednesday offered their own proposals, which focus on providing more funding for police forces to improve training, hiring more widely and sharing information about whether officers have records of misconduct. The bill also includes extra funding for police to wear body cameras.

The Republican plans came a day after Donald Trump signed an executive order to authorise federal grants to police departments that “seek independent credentialing, certifying that they meet high standards” or carry out training in the “use of force and de-escalation”.

The US president said his order banned chokeholds. But according to the order’s text, state and local law enforcement agencies will only face the loss of federal grants if they do not take steps to prohibit chokeholds — defined as “a physical manoeuvre that restricts an individual’s ability to breathe for the purposes of incapacitation” — in their official policies. The order makes an exception for “situations where the use of deadly force is allowed by law”.

Democrats and Republicans have so far rejected each other’s proposals, with the GOP saying Democrats have gone too far and Democrats saying their Republican counterparts have not gone far enough in addressing police brutality.

Mitch McConnell, the Senate’s top Republican, has said the Democrats’ policing bill was “going nowhere in the Senate” and called on lawmakers to work together to hash out an agreement.