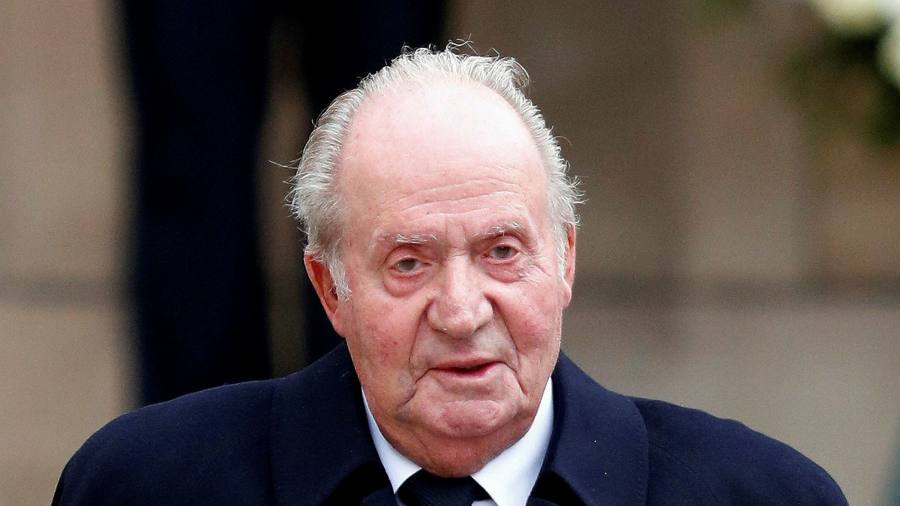 Spain’s royal palace has announced that former king Juan Carlos will move out of the country, after years of scandal around his finances and the opening of a supreme court investigation into suspected payments related to a €7bn high-speed rail project in Saudi Arabia.

In a joint communiqué on Monday evening, Juan Carlos wrote to his son and successor, King Felipe VI, that, “guided by the conviction of providing the best service” to the country’s institutions and people, he had decided “to move, at this time, outside of Spain.”

The former king’s announcement marks an extraordinary postscript to a reign where he was féted as a hero of democracy after his public role in thwarting a military coup in 1981, but later saw his public standing tarnished by scandals over his conduct and personal finances.

In June the state prosecutor’s office announced that the court had taken up an investigation involving the ex-monarch, into a high-speed train line between the cities of Mecca and Medina, which was awarded to a Spanish consortium in 2011.

The investigation focuses on Juan Carlos’s actions after his June 2014 abdication, at which point he lost his constitutional protection from prosecution.

Corinna zu Sayn-Wittgenstein, a former close friend of the former king, said in March that he had given her €65m in 2012, money which she said came from a $100m gift by the late King Abdullah of Saudi Arabia to Juan Carlos in 2008.

Ms Sayn-Wittgenstein’s lawyers had earlier sent a letter to the royal palace stating that King Felipe VI was a beneficiary of a Panamanian entity, the Lucum foundation, which has a Swiss bank account into which the $100m was paid in 2008.

Later in March the palace issued a statement on behalf of Felipe VI, renouncing any inheritance from his father “whose origin, characteristics and purpose might not be consonant with the law or with the criteria of rectitude and integrity”.

The palace also said in the March statement that the royal household was removing Juan Carlos from the palace payroll.

In today’s announcement, the palace said: “The king wishes to emphasise the historical importance that his father’s reign represents, as a legacy and political and institutional work of service to Spain and democracy.”

In July Prime Minister Pedro Sánchez, who leads Spain’s leftwing coalition government, said the “worrying allegations” disturbed him. He thanked the palace for “distancing itself”.

Juan Carlos did not say where his exile would take him. He was born in exile as well, in Rome, and served as Spain’s king for almost 40 years, starting upon the death of dictator Francisco Franco in 1975.

The former king has not publicly made any direct comment on the allegations.