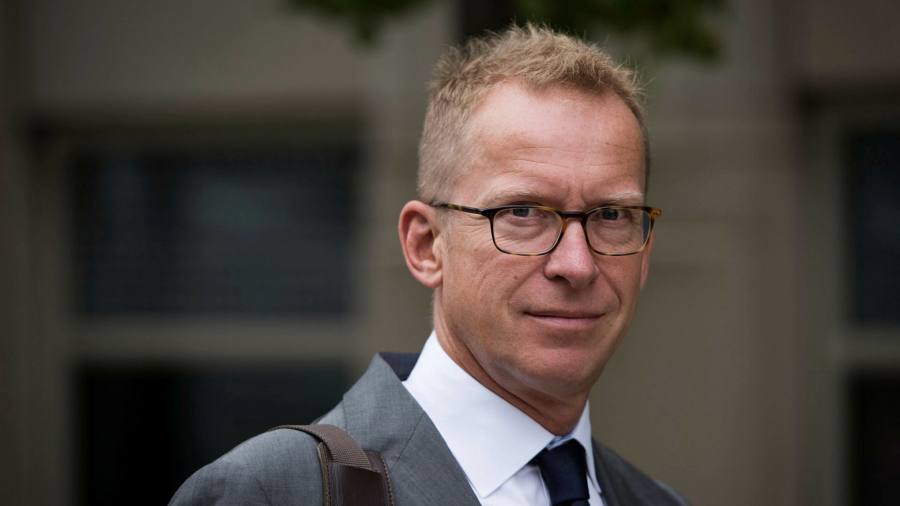 Former HSBC currencies trading chief Mark Johnson has asked the US Supreme Court to review his criminal conviction for wire fraud in a last-gasp attempt to overturn his two-year prison sentence and clear his name, after his appeal was rejected late last year.

Mr Johnson was found guilty in 2017 by a New York court of defrauding Cairn Energy, a Scottish oil company that hired HSBC to convert $3.5bn into sterling in 2011.

The case was a key victory for US authorities, which pursued several unsuccessful trials of other US- and UK-based currency traders following regulatory probes into the industry that generated more than $10bn in fines for some of the market’s biggest banks.

The Briton has always protested his innocence, and various industry bodies have stepped in to defend his actions, but in September 2019 the US 2nd Circuit Court of Appeals said it found sufficient evidence to uphold the guilty verdict. Now, his legal team is pinning hopes on the slim chance that the US Supreme Court grants a review of Mr Johnson’s case. According to the Supreme Court’s website, only around 2 per cent of the thousands of applications made each year are heard.

At the heart of the June 19 filing to the US Supreme Court is a conversation Mr Johnson had with Cairn’s adviser Rothschild, in which prosecutors say he gave an assurance he would not to push up the price of sterling ahead of the transaction.

Alexandra Shapiro, a lawyer for Mr Johnson, is pressing the US Supreme Court to review the case, arguing that the courts were wrong to take these comments into account as they were superseded by a later written contract about the terms of the relationship stating that both parties acted in their own interests.

Any civil action seeking to hold Mr Johnson to his spoken remarks “would have been dismissed”, the argument reads.

In the request, Mr Johnson’s lawyers point to the “remarkably similar” case of Robert Bogucki, former US head of currency trading at Barclays. Fraud charges against Mr Bogucki relating to a foreign exchange deal were thrown out last year by a judge who said prosecutors had brought a case “on the basis of conduct that violated no clear rule or regulation”.

Other executives who faced criminal charges in the US in relation to foreign exchange rigging have been cleared of wrongdoing.

Ms Shapiro wrote that HSBC complied with the terms of its contract with Cairn and “violated no law, rule, or industry practice”. She noted that the company never complained to authorities. “Nevertheless, five years later, the government charged wire fraud,” she added.

Mr Johnson served three months of his two-year prison sentence in a US federal prison, before the court allowed him to return to the UK pending his appeal. It is not clear whether Mr Johnson will return to the US to serve the remainder of his sentence if his latest attempt to convince the courts fails.