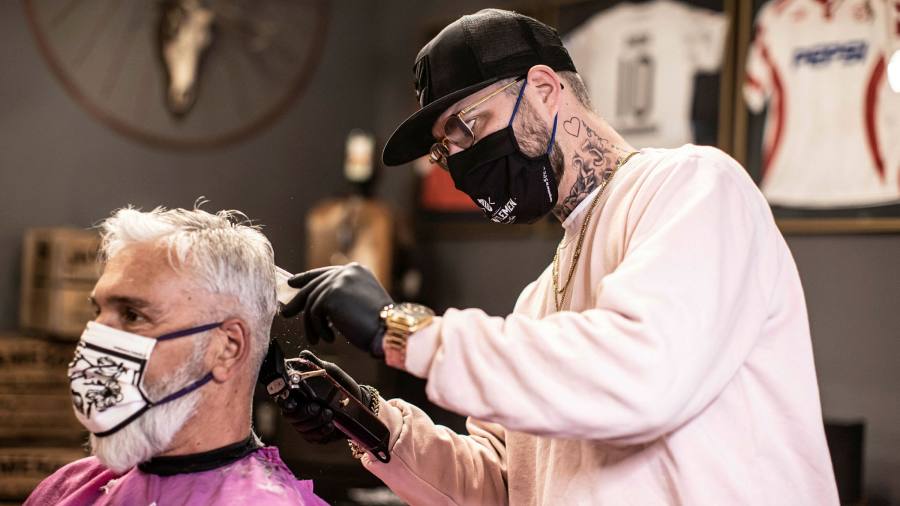 Europe’s economic recovery from the coronavirus pandemic is gathering pace, according to a widely watched set of business surveys that found significant improvements in sentiment in both the services and manufacturing sectors.

Services sector businesses across the eurozone reported a substantial strengthening of activity in July, according to the IHS Markit flash purchasing managers’ index which rose to 55.1, from 48.3 in June. The result exceeded the expectations of economists polled by Reuters, who had forecast a reading of 51.

A reading above the 50 mark indicates a majority of businesses reported an expansion in activity compared with the previous month.

The index for manufacturing rose from 47.4 in June to 51.1 in July, and the composite PMI, an average of the two sectors, improved from 48.5 in the previous month to 54.8, above the 51.1 forecast by analysts.

“Companies across the euro area reported an encouraging start to the third quarter, with output growing at the fastest rate for just over two years in July as lockdowns continued to ease and economies reopened,” said Chris Williamson, chief business economist at IHS Markit. “Demand also showed signs of reviving, helping curb the pace of job losses.”

In Germany, the flash manufacturing survey rose from 45.2 in May to 50 in July, beating consensus expectations by two points — its first move out of contraction territory since the end of 2018.

Germany’s services PMI rose from 47.3 in June to 56.7 in July, well above the 50.5 expected by economists polled by Reuters, and its composite PMI improved from 47 in the previous month to 55.5.

The French services PMI rose from 50.7 in June to 57.8 in July, the fastest acceleration in two-and-a-half years. Economists polled by Reuters had expected an improvement to 52.3.

France’s composite PMI, an average of the two sectors, improved by 5.9 points to 57.6 in July, a 30-month high, beating analysts’ expectations of a rise to 53.5.

“The July PMI figures pointed to strong growth in French private sector business activity, confirming that the economy has entered its recovery phase following the Covid-19 lockdown,” said Eliot Kerr, economist at IHS Markit. “Domestic demand is finally beginning to recover with more and more businesses reopening and consumers starting to adopt some of their former spending habits.”

However there were some weaker areas in the European data.

And business executives in the French manufacturing sector recorded a slight reduction in activity. France’s PMI manufacturing index dipped marginally from 52.3 in June to 52 in July.