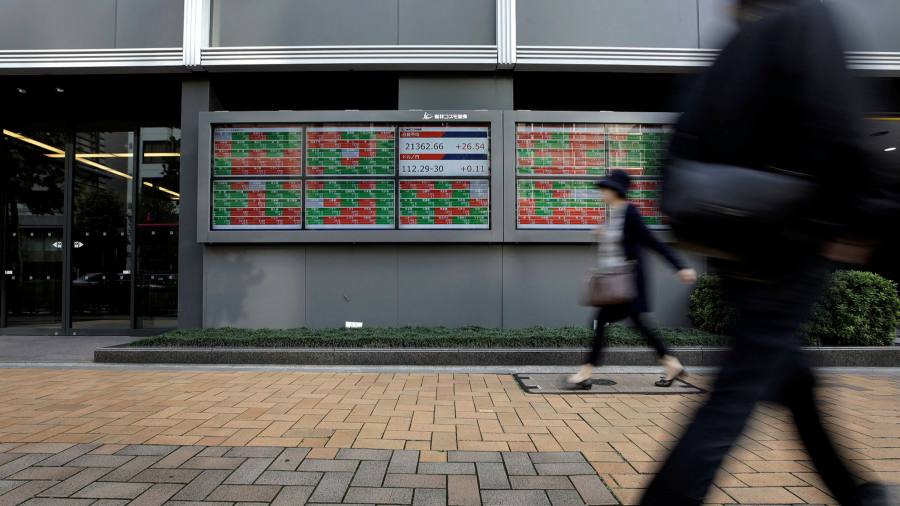 European stock markets fell on Thursday as weak corporate earnings and concerns about the coronavirus pandemic outweighed the US Federal Reserve’s latest efforts to stabilise the global financial system.

This came after Volkswagen cut its final dividend by more than a third after reporting a loss of €1.4bn in the first half of 2020, sending its shares 4 per cent lower.

In the UK, Lloyds Banking Group put aside a further £2.4bn to deal with expected customer defaults and said that coronavirus lockdown had delivered a “much larger than expected” hit to the economy, sending its shares tumbling by 7 per cent.

The results contrasted with a bout of optimism evident in US and Asian markets after the US Federal Reserve expanded measures to prevent an international shortage of dollars in the face of the coronavirus pandemic.

Overnight on Wall Street, the S&P 500 closed 1.2 per cent higher while the tech-focused Nasdaq rose 1.4 per cent.

The Fed held off on any significant changes to monetary policy but extended measures, such as swap lines with other central banks, to guard against sources of dollar funding drying up as they did in March, when companies and investors scrambled for the reserve currency.

“The pace of the recovery looks like it has slowed since the cases began that spike in June,” Jay Powell, Fed chair, told a press conference in reference to a US surge in Covid-19 cases.

“It’s too early to tell both how large that is and how sustained it will be. We just don’t know yet.”

The move towards extending dollar liquidity kept the US currency around two-year lows. The dollar index, which tracks the currency against those of trading partners, hit a reading of 93.5 by 7am in London, having declined to 93.3 overnight.

Although the Fed did not make any new policy moves on Thursday, investors increasingly expect the US central bank to loosen monetary policy further in September.

“We think changes to the forward guidance will also be announced at the September meeting,” strategists at TD Securities wrote in a research note. “In any event, dovish communications changes appear fairly imminent, and rates are unlikely to be raised for a very long time.”

Gold, which has rallied to all-time highs in recent sessions, fell 0.5 per cent to $1,957 per troy ounce. The precious metal frequently serves as a haven in times of uncertainty. Brent crude, the international oil benchmark, fell 1 per cent to $43.3 a barrel.

The yield on the US 10-year Treasury bond, which influences the returns investor seek on equities, declined to 0.56 per cent from 0.58 per cent just after the Fed meeting. Bond yields move inversely to prices.