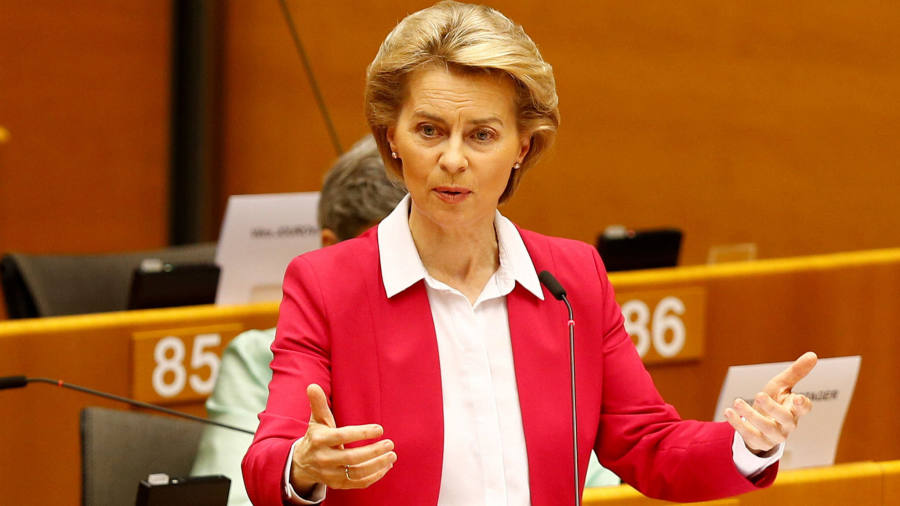 Some celebrate the European Commission’s €750bn budget increase as a “Hamiltonian moment”, in reference to the first US Treasury secretary who brokered a historic compromise in 1790 for America’s federal government to take over the debt of the states. Others dismiss it as too little, too late. Neither of these views captures its true nature.

I have noted that commentators and Brussels-based journalists often fall for big headline numbers that conflate categories such as grants, loans and spending capacity. The commission is a willing accomplice in this obfuscation. The official document that accompanied last week’s announcement lists the total investment that could be generated as €3.1tn. Numbers like these are meant to impress the gullible. It’s the statistical sleight of hand you might expect from a disreputable election campaign.

The commission says that €500bn of the proposed €750bn comes in the form of grants, and €250bn in loans. The loans are economically irrelevant, since there is no shortage of low interest rate borrowing for the private sector. The grants are what matters.

But beware. Not everything that is called a grant constitutes a fiscal transaction. Some of these grants are used to generate lending. By my calculations, the fiscally-relevant part of the package is a little over €400bn. Of that, the main part is the recovery fund, worth €310bn over four years, plus an extra €11.5bn this year.

Dividing the €310bn recovery fund equally over four years, I arrive at an annual fiscal boost of 0.6 per cent of the EU’s 2019 gross domestic product. This is not nothing. But if you still want your Hamiltonian moment, you will have to look elsewhere.

The package contains other measures of about €100bn for structural funds, climate change, agriculture, civil protection and health. That way, some of the money goes to the countries of central and eastern Europe — they have not been as heavily affected by Covid-19 as Italy and Spain. Those payments would constitute a further 0.4 per cent of EU GDP in 2021 and 2022 each.

However you count this, you will struggle to identify anything that comes close to a fiscal bazooka. Furthermore, at this stage the package is only a proposal. All 27 EU member states have to agree. The final numbers are more likely to be lower than higher.

For one thing, the recovery fund money comes with strings attached. The spending should be in line with EU investment priorities. It is entirely possible that not all the money will end up being spent.

Second, the so-called Frugal Four — the Netherlands, Austria, Sweden and Denmark — might succeed in reducing the overall fiscal impact of the package. I do not think they will veto it, but their support is needed for the EU budget to pass. There are subtle ways to shrink it. Sweden and Denmark are not members of the eurozone. They could argue that the fund should be eurozone-only. Or the four might ask for a rebate.

Since EU member states eventually have to contribute to the repayment of the borrowed money, a rebate for some countries means a higher burden for others, including for Italy and Spain. This will partially offset the size of the net fiscal transfer they stand to receive.

Finally, consider that the extra spending at EU level might be offset by less spending at national level. The EU will not repeat the catastrophic error of the austerity that followed the previous crisis. But the fiscal rules are still in place. There is a presumption that member states will have to revert to running balanced budgets eventually.

I do not wish to dismiss what Ursula von der Leyen, commission president, did last week. She went to the limits of what is politically and legally possible. A bigger fund would have been vetoed by the Frugal Four. And none of of us really knows for sure whether this will fly legally.

The EU is not supposed to run on debt. To get around this, the commission invoked Article 311, which states that “the Union shall provide itself with the means necessary to attain its objectives and carry through its policies”. This is the legal equivalent of “whatever it takes”. Someone will almost certainly take legal action against the commission, so this will probably end up in the courts.

Last week’s budget proposal is as good as it can get in the current regime. The way the eurozone has been set up does not allow for more. If you want trillions, you will need to change the European treaties. You cannot fudge your way to a federal future.

It is true that Angela Merkel’s position has softened. But make no mistake. The German chancellor is still not a convert to a fiscal union. The EU is keeping the show on the road, but it is, by and large, still the same show.