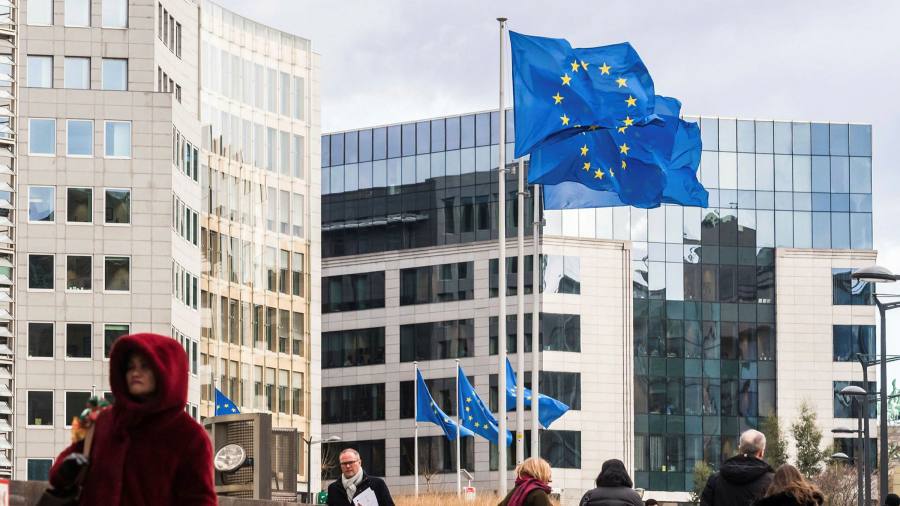 Brussels is set to unveil a series of quick fixes to its financial market rules, including measures to ease trading in small-cap stocks and energy derivatives, in an attempt to boost the region’s recovery from the Covid-19 pandemic.

The planned measures, due to be announced in the coming days, include changes to the Europe-wide Mifid II regulatory regime, tweaks to standards for company prospectuses and exemptions to “formal [regulatory] burdens where they are not strictly necessary”, according to draft papers seen by the Financial Times.

The aim is to free up more capital and time for investors to deal with the consequences of coronavirus, the papers said. The European Commission also wants to adjust its regulations to allow EU companies to access foreign exchange benchmarks that are widely used overseas.

The targeted proposals are set to be published just days after European politicians agreed a landmark coronavirus recovery package that will change the face of the region’s capital markets, by making the EU one of the region’s top borrowers. The amendments come via so-called delegated acts, which give European authorities the powers to make changes more quickly than through the regular legislative process.

The proposals include tweaks to controversial Mifid rules, which came into effect in 2018, that require fund managers to make a clean division between payments for trading and those for research. As asset managers now pay only for the research they want, cost-conscious banks have stopped providing coverage of smaller companies that are likely to provide fewer ancillary revenue streams.

Under the new plans, companies with a market capitalisation of less than €1bn will be exempt from these rules on “unbundling”, to encourage greater analyst coverage and thus trading in the stock. There will also be an exemption for fixed-income research, the documents said.

Brussels is also planning to boost liquidity in energy derivatives markets by revamping position limits, or the amount of trading that can be done in one particular security. Regulators are considering an exemption for investors whose open positions total less than 300,000 lots — a measure of contract size — over a year.

Agricultural commodities will not be included in that review, the documents said.

The EU also plans to amend regulations on financial market benchmarks, eyeing changes to come into effect from the end of 2021. Some of the rules will give regulators more powers to ensure a smooth transition from the tainted Libor lending benchmark by the end of next year.

Brussels is also keen to reduce its dependence on oil benchmarks priced in dollars, while boosting euro-denominated alternatives like natural gas. The world’s biggest gas benchmark is based in the Netherlands.

Policymakers are planning an exemption to allow companies in the bloc to use overseas benchmarks for foreign exchange derivatives, the documents said. Rules currently stipulate that contracts such as swaps and non-deliverable forwards must be traded on EU-recognised venues or markets.

Without the exemption, EU institutions face being shut out of benchmarks like WM/R, one of the world’s most widely used benchmarks for foreign exchange rates, because it is administered outside of the bloc, in London.

Other planned changes include exemptions on costs and charges disclosures for wholesale clients like asset managers, and a requirement that banks and asset managers demonstrate they have tried to get the best price for their share deals will also be suspended. A formal Mifid II review in 2021 will decide whether to tweak or scrap these “best execution” reports.