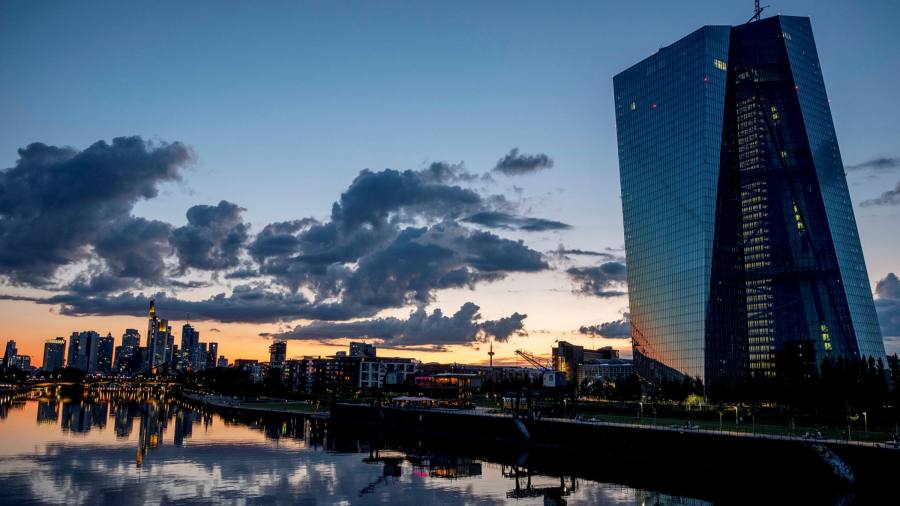 The European Central Bank has sought to resolve its stand-off with Germany’s highest court by publishing details of how its governing council debated the question of whether its bond-buying impinged on economic and financial policy.

Laying out how council members debated the pros and cons of its monetary policy, the ECB said there was “broad agreement” that the “negative side effects had so far been clearly outweighed by the positive effects of asset purchases on the economy in the pursuit of price stability”.

But it said that “it could not be ruled out that unintended effects could increase over time and outweigh the overall positive effects,” adding that it was “important to continuously assess the effectiveness and efficiency of the monetary policy measures, their transmission channels and their benefits and costs”.

The ECB has for years published an official account of its council’s discussion three weeks after every monetary policy meeting. But this one was special because the council spent a significant chunk of the meeting discussing the benefits and pitfalls of its policies.

The move is designed to defuse the legal impasse with Germany’s constitutional court, which shocked much of Europe by ruling last month that Berlin officials and the EU’s top judges had not done enough to properly scrutinise the eurozone’s flagship bond-buying programme.

The court ordered the German government and parliament to ensure that the ECB provided a “proportionality assessment” of its bond-buying and said that if it failed to comply within three months, the Bundesbank must stop buying bonds and plan to sell the more than €500bn it holds.