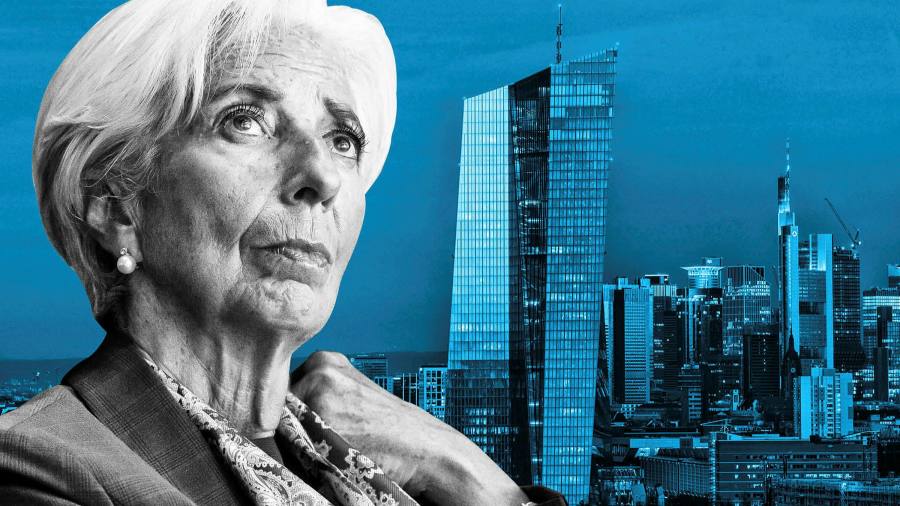 The European Central Bank has left its monetary policy on hold and committed to keep buying trillions of euros in bonds until it judges the economic crisis caused by the coronavirus pandemic to be over.

The decision by the ECB governing council on Thursday means that the central bank has hit pause after four months of ramping up its monetary stimulus, taking time to assess the eurozone’s nascent recovery before launching any new measures.

At its previous monetary policy meeting in early June, the ECB expanded the amount of bonds and other assets it plans to buy under its Pandemic Emergency Purchase Programme from €750bn to €1.35tn and extended its timespan until at least the end of 2022.

Since then, the outlook for the eurozone economy has tentatively brightened. Consumers went on a spending spree after shops reopened in May, helping retail sales to rebound from record falls in March and April, while industrial output also recovered, albeit at a slower rate.

However, the global economy is still heading for the worst recession for a generation, while eurozone inflation remains closer to zero than to the ECB’s core target of just under 2 per cent.

On Thursday the ECB kept its main deposit rate unchanged at minus 0.5 per cent and said its bond purchases would continue “as long as necessary to reinforce the accommodative impact of its policy rates”.

The central bank added: “The purchases will continue to be conducted in a flexible manner over time, across asset classes and among jurisdictions. This allows the governing council to effectively stave off risks to the smooth transmission of monetary policy.”

The ECB’s decision leaves the question of how to support countries hit hardest by the pandemic to EU leaders, who will discuss a planned €750bn recovery fund at a summit on Friday. But pressure on the EU to come up with a robust common fiscal response has eased since governments’ borrowing costs fell back this month to levels last seen before the coronavirus crisis.

“The extraordinary measures launched by the ECB, aimed at increasing the liquidity in the system, have led to a significant reduction in money market fragmentation,” said economists at Italian bank UniCredit in a note sent to clients before the ECB decision.

BlackRock, the world’s biggest fund manager, raised its rating for bond investments to “overweight” this week — pointing out that the ECB and the US Federal Reserve are set to purchase “roughly the equivalent of all the net supply across European and US sovereign and corporate debt this year by our calculations”.

“To date, these purchases have been mostly of government debt, but the credibility of central banks’ corporate debt backstop has helped underpin credit markets,” said strategists at BlackRock Investment Institute.